TNW relays an interesting story about a once 'secret' room at Pixar referred to as the 'Lucky 7 Lounge' or 'The Love Lounge'.

The story of the room starts with animator Andrew Gordon discovering a hatch in the wall of his new office at Pixar. He found that crawling into the hatch took him through a tunnel in to some 'lost space' that was created by the shape of the building and the needs of the A/C system. He decided to decorate. After it was discovered by director Andrew Stanton the room became a destination for famous visitors.

Here's how Walter Isaacson describes the room in the Steve Jobs biography:

The wackiest piece of serendipity was "The Love Lounge." One of the animators found a small door on the back wall when he moved into his office. It opened to a low corridor that you could crawl through to a room clad in sheet metal that provided access to the air-conditioning valves. He and his colleagues commandeered the secret room, festooned it with Christmas lights and lava lamps, and furnished it with benches upholstered in animal prints, tasseled pillows, a fold-up cocktail table, liquor bottles, bar equipment, and napkins that read "The Love Lounge."

A video camera installed in the corridor allowed occupants to monitor who might be approaching. Lasseter and Jobs brought important visitors there and had them sign the wall. The signatures include Michael Eisner, Roy Disney, Tim Allen, and Randy Newman. Jobs loved it, but since he wasn't a drinker he sometimes referred to it as the Meditation Room. It reminded him, he said, of the one that he and Daniel Kottke had at Reed, but without the acid. 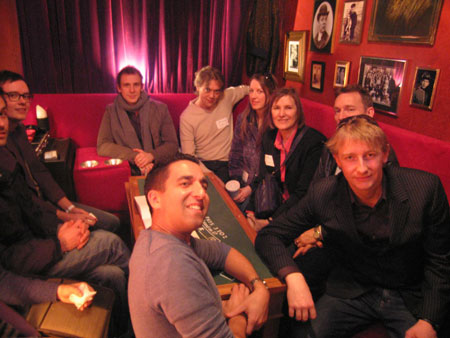 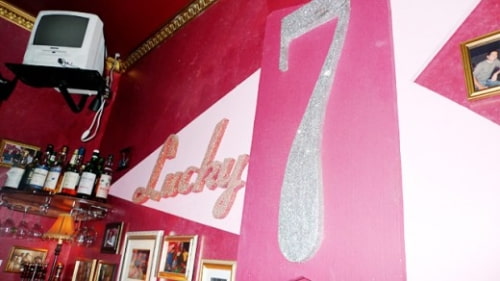 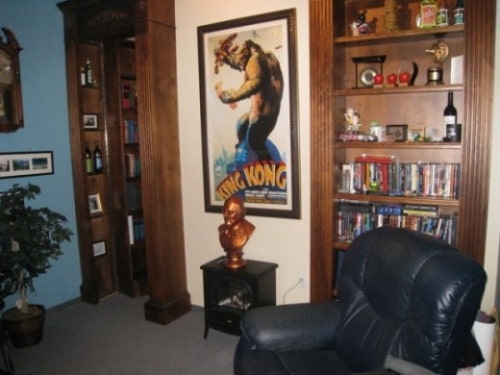 Doc brom - October 19, 2012 at 7:10am
Your all wrong...there are secrets within secrets about the love lounge and the lucky 7 There are also many secret rooms that are still unknown...
Reply · Like · Mark as Spam

Steve Jobs - May 18, 2012 at 10:41pm
We used to my new iMiniturerizer that makes things small then we used my iMaximizer to make them big again once inside. Oh shit you know about my new inventions now.
Reply · Like · Mark as Spam

ratGT - May 18, 2012 at 10:46pm
Duh! You can do this much easier than you could imagine silly! For instance, you can bring in a furniture in pieces and assemble it in there (just like you would do with IKEA furniture!)
Reply · Like · Mark as Spam
1 More Comment
Recent