Today Logitech announced the expansion of its solar offering with the new Logitech Wireless Solar Keyboard K760 for Mac, iPad or iPhone.

"Laptops, smartphones and tablets are ubiquitous - both at work and at play," said Denis Pavillard, vice president of experience design at Logitech. "Because Apple devices are central to this trend, Logitech is committed to improving the way people interact with them. With its simple solar charging, familiar Mac layout and comfortable design, the Logitech Wireless Solar Keyboard K760 will appeal to Apple users worldwide."

-
The Logitech Wireless Solar Keyboard K760 is stylish and compact with onboard cells that are powered by light for hassle-free charging. With its easy-switching Bluetooth connection, you can pair your keyboard to as many as three devices and switch among them without having to reconnect. This means you can move from typing on your Mac to your iPad to your iPhone - and back again - with the simple push of a button.

The perfect match for your favorite Apple device, the Logitech Wireless Solar Keyboard K760 features a slim, minimalist design and Mac-specific keys, including Command, Brightness, Eject and more. The unique Logitech concave key design gives you more comfortable and quiet typing, and offers more speed and precision than typing on an on-screen keyboard.

And, with its environmentally friendly PVC-free construction, fully recyclable box and onboard cells for charging, this keyboard is designed to minimize its environmental footprint. Similar to the existing Logitech Solar Keyboards, you can charge this keyboard in any light - low light or lamp light, indoors or outdoors. Fully powered, the keyboard works for at least three months, even in total darkness (based on average use per day of eight hours).
-

Pricing and Availability
The Logitech Wireless Solar Keyboard K760 is expected to be available in the U.S. and Europe beginning in June 2012, for a suggested retail price of $79.99. 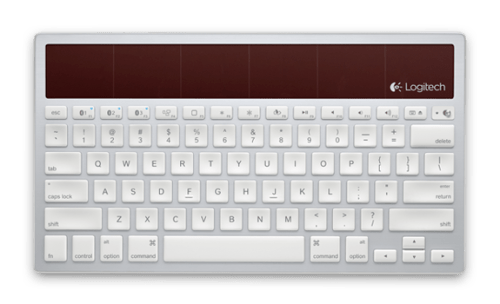 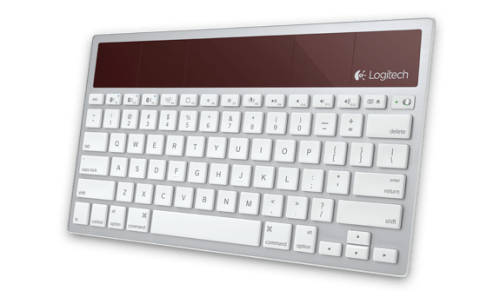 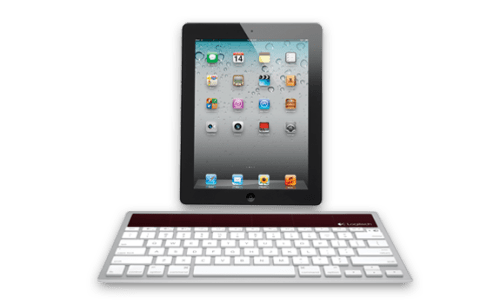