Wizzard Media announced today that video embedded on internet websites using the Wizzard Player can now be viewed on the iPhone and iPod Touch. Currently, Apple devices due to their lack of support cannot access most Flash video players. When visiting a video website using the iPhone, the screen appears blank where the video would normally be. Wizzard Media joins YouTube in supporting this feature and is extending its podcast advertising platform to the iPhone in January 2009.

This new video technology from Wizzard further complements Apple's recent update to the iPhone platform which added capabilities for over-the-air podcast downloads, solidifying podcasting's role in the entertainment mainstream. Wizzard's update to its flash platform, launched in August 2008, demonstrates the aggressive development cycle made possible by the past year's core architecture upgrade performed by the Libsyn development team. “We were able to quickly implement a solution for our content publishers that is good for producers, consumers and advertisers,” said Dave Mansueto, Director, Wizzard Media.

Use of the Wizzard Player by podcast producers helps to expand their audience and extends the reach of podcast advertising, as this new feature is compatible with Wizzard’s Alchemy ad insertion technology. The Wizzard Player platform will continue to evolve as additional portable devices come online. The benefit of increasing distribution points and advertising reach to the iPod and iPhone is coupled with improved user experience for podcast and online video consumers.

“This new technology allows advertisers to reach their target customers with appealing video advertising on the hottest platform on the planet, the iPhone,” said Chris Spencer, Wizzard Media CEO. “We are excited to offer this feature as part of the Wizzard Media Player to serve the needs of podcast producers by further extending distribution and revenue opportunities.” 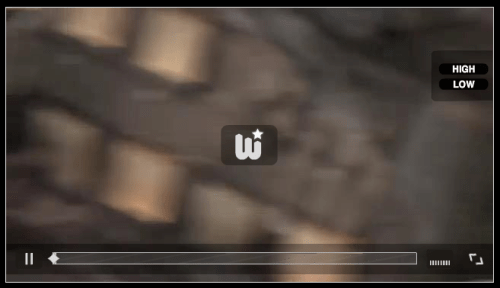