A collection of screenshots have surfaced online which are allegedly from a Samsung smartwatch dubbed the GALAXY Altius, reports SlashGear.

This series of screen-grabs includes the name GALAXY Altius, one that we’ve heard in a set of rumors very recently attached to what was thought to be the Galaxy S IV – another device rumored to be revealed soon. This device has SKT and SKTelecom on several shots, this indicating that it will be carried with a data plan on that particular South Korean mobile service. Though the software here does appear to have an Android-type look to it, it could just as easily be a basic Java-based interface not unlike what we’re seeing with today’s reveal of the REX series from Samsung.

The screenshots are 500x500 pixels and show a codename of 'Samsung-GA7' and a software version of AltiusOS beta2. The internal storage space is 235MB of which 1.5% was used up.

A series of tiles show a music player, a clock, and a connection to your email with badges.

Smartwatches have surged in popularity following some highly publicized devices including the Pebble. Rumors of an iWatch have also been on the rise with the Bloomberg claiming Apple has a team of around 100 product designers working on the device and the New York Times reporting that Apple is experimenting with wristwatch-like devices made of curved glass. 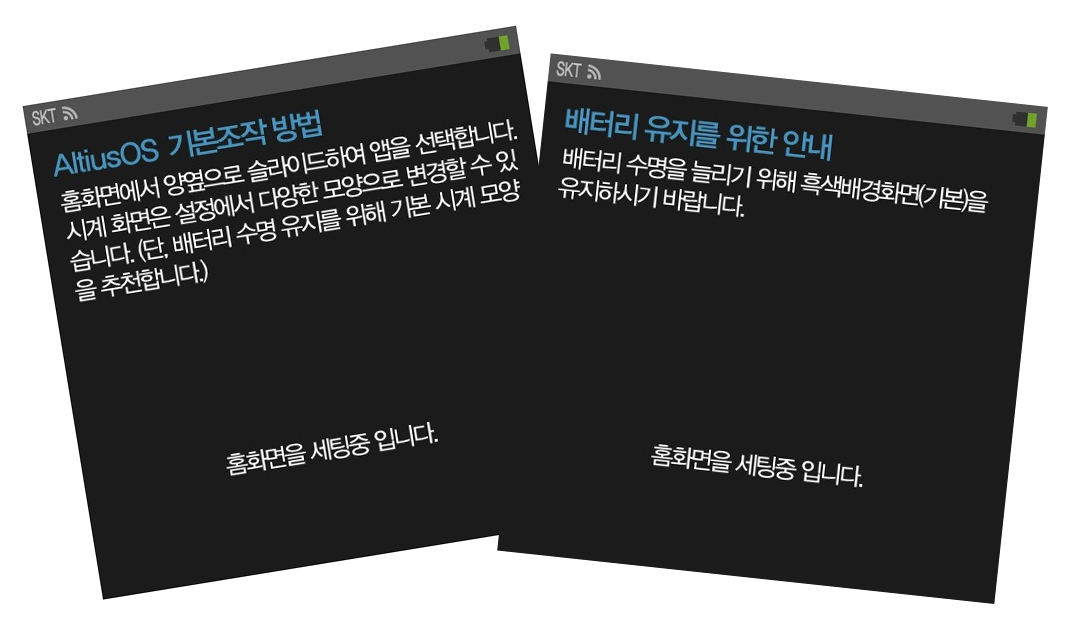