Saurik reveals that about 18 million devices were jailbroken before Apple released iOS 6.1.3 to block the evasi0n jailbreak, reports Forbes.

In the six weeks since evasi0n was released, however, close to 18 million devices have already been jailbroken, according to data from Jay Freeman, the administrator of the Cydia app store for jailbroken devices. He says he’s counted 18.2 million unique devices running iOS 6 visiting Cydia, including 13.8 million iPhones, 3.4 million iPads, and 1.1 million iPod Touches. Those numbers vastly exceed previous jailbreaks such as Jailbreakme 3, a popular hacking tool for iOS released in the summer of 2011 that was used on around 2 million devices, according to a count at the time by creator Nicholas Allegra.

Notably, planetbeing (David Wang) says that at least one bug remains unpatched. The Evad3rs also a backup supply of 'secret bugs' that are being saved for future jailbreaks. According to the hacker, it's likely the team won't release another jailbreak for some time. "We’ll probably wait until the next major release," says Wang.

If you are still on iOS 6.1.2 or lower, you can find instructions on how to jailbreak your device using the iClarified Jailbreak Wizard. 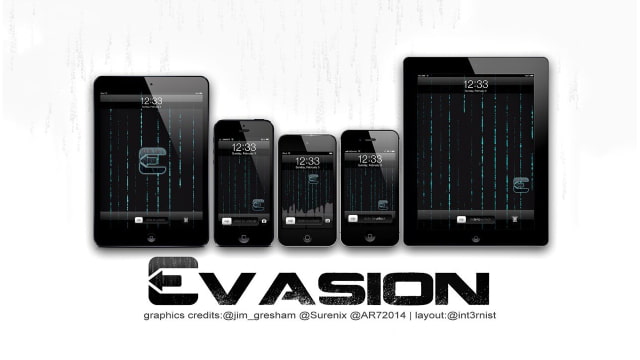 Attitude - May 9, 2013 at 3:18pm
i'm having an ipad 3 which i'll like to jailbreak any good advice for me, and what application should i use in doing this jailbreak redsnow or evasion. Pls help
Reply · Like · Mark as Spam