ABC has announced that Steve Wozniak will be a contestant on the 8th season of Dancing With The Stars.

The show pairs a number of celebrities with professional ballroom dancers, who each week compete by performing dances, which are then given scores by a panel of judges. Viewers are given a certain amount of time to place votes on their favorite dancers, either by telephone or (in some of the shows) by the Internet. The couple with the lowest combined score (judges plus viewers) is eliminated and does not go on to the next week. This process continues until there are only two or three couples left, at which point one couple is declared the champion. 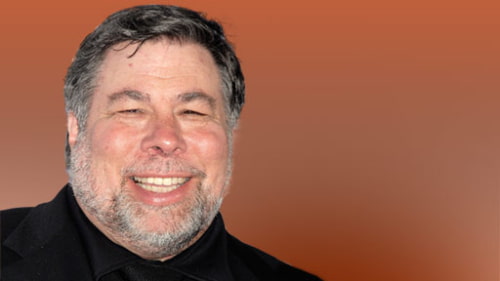 Steve Wozniak Background
A Silicon Valley icon and philanthropist for the past three decades, Steve Wozniak, a.k.a. "The Woz," helped shape the computer industry with his design of Apple's first line of products, the Apple I and II, and influenced the popular Macintosh. After leaving Apple Computer Inc. in 1985, Wozniak was involved in various business and philanthropic ventures, focusing primarily on computer capabilities in schools and stressing hands-on learning and encouraging creativity for students. In 2000, he was inducted into the Inventors Hall of Fame and was awarded the prestigious Heinz Award for Technology, The Economy and Employment. Wozniak is also a published author with the release of his New York Times Best Selling autobiography, iWoz: From Computer Geek to Cult Icon, in September 2006.