Samsung will reportedly supply the Retina Display for the new iPad mini and iPad 5, according to a Electronic Times report.

Each displays are to be used for iPad Mini 2 (Retina) and New iPad 5. Apple is to launch iPad Mini 2 of which resolution is upgraded to QXGA quality in the 3rd quarter, and is also preparing iPad 5 with narrow bezel for enhanced recognition degree. As the relationship between the two companies seems to have been improved, the panels from Samsung Display are expected to be used for future new products of Apple. Since the retina version of New iPad, Samsung Display had been sidelined from Apple’s new product development projects, allegedly because of Samsung’s lawsuit against Apple and Cooks reshuffle of supply chain.

The site says the relationship between the companies appears to have been restored following yield and quality issues with Sharp and AUO.

LG is expected to remain the company's primary display vendor. 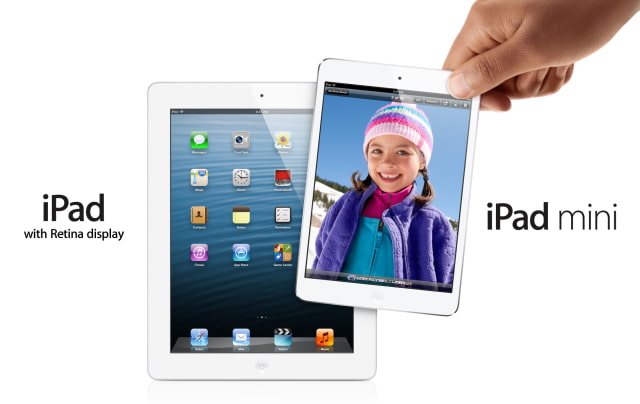