Total Nonstop Action Wrestling and Longtail Studios today announced TNA WRESTLING for the iPhone and iPod Touch. The game is the deepest and most feature rich professional wrestling title to hit the App Store yet, and will have all the signature characteristics that make TNA the most exciting organization in pro wrestling. Available for download immediately on iTunes via the App Store, TNA WRESTLING is the only iPhone and iPod Touch wrestling game that comes with an in depth story mode.

"The recent worldwide growth and popularity of TNA Wrestling has been incredible, and we now find ourselves in an exciting position of identifying new ways to maintain a connection to our global audience," said Steve Allison, Chief Marketing Officer of TNA. "As a result, TNA has focused on developing high-quality entertainment experiences beyond the ring. We're thrilled to be giving all wrestling fans a great game to play for the massively popular iPhone and iPod Touch platforms."

Get ready to experience Total Nonstop Action anytime, anywhere! Once players create their own custom wrestler, they can jump into the ring against 15 TNA greats, including AJ Styles, Kurt Angle, Samoa Joe and Sting, and compete in eight different match types such as Tag Team, Iron Man, Gauntlet and Lumberjack. The goal is to make it from unsigned rookie to TNA World Champion, while unlocking new moves, forging ring alliances, creating rivalries and making decisions outside of the ring that will affect what goes on inside of it.

TNA WRESTLING is currently available for $4.99 on Apple's App Store on iPhone and iPod touch 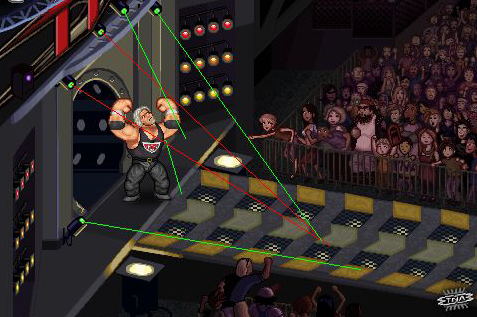 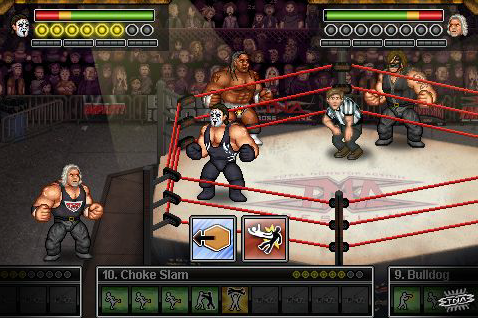