Iskander Utebayev has posted a new concept for the iPhone 6 featuring a three-sided display.

The concept puts quick launch icons on the side display along with controls for the music player.

It's unlikely that Apple will release such a design for the iPhone 6. However, Samsung is reportedly planning to release a Galaxy smartphone with a three-sided display that wraps around the edges of the device. In fact, a patent recently surfaced which demonstrated how the interface would work. You can check that out here.

Take a look at the iPhone 6 concept below. 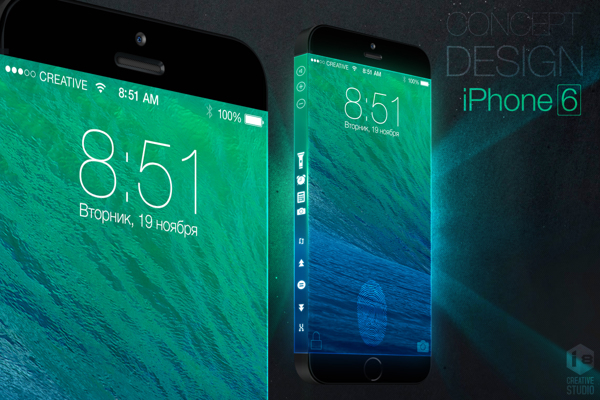 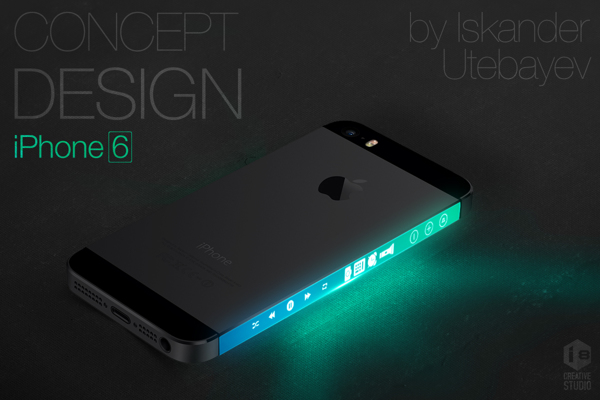 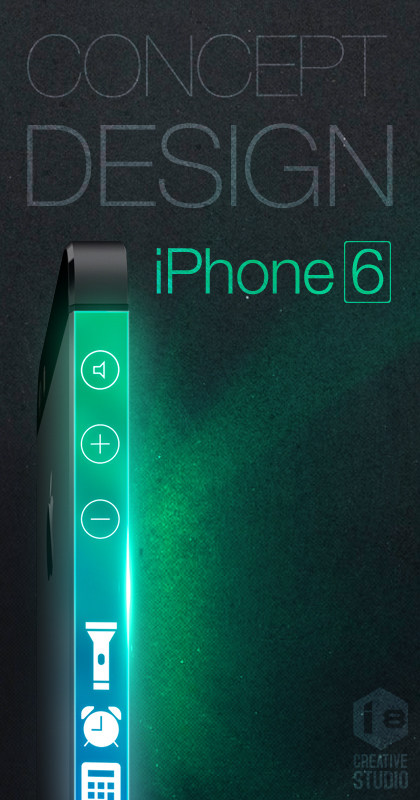 Conspiracy - August 7, 2014 at 2:23pm
Well It looks great when it's on but how can you use the volume when it's off? And if the sides stay on, that just wouldn't work. And even though it looks great on, when you hold it in your hands you will be pressing buttons on the side so you would possibly have to adapt a new way of holding it. Looks cool but a lot of ifs
Reply · Like · Mark as Spam

Legendaries - August 7, 2014 at 2:27pm
That's why curved screen idea were outdated after eliminating them on tv's, so tpwhen the hell is going back.
Reply · Like · Mark as Spam

ScrewApple - December 13, 2013 at 12:51am
Firstly, this is not Apple's design, they aren't QUITE that stupid. This concept is not plausible for an obvious reason. There has to be a SIM card slot, and having wrapped LCD around the sides would leave nowhere for the slot. The antennae are already placed at the top and bottom of the device alongside numerous mics and cameras, so there is no alternative placement for the SIM slot. Secondly, this design eliminates being able to have a phone case, otter box, etc. and we all know that iPhones are more delicate than a preteen girl's emotions, which means, as you all should know, a protective case is absolutely essential... Apple will not even begin to consider this design, hate to disappoint you fanboys.
Reply · Like · Mark as Spam

ScrewSamsung - December 13, 2013 at 2:38am
I don't think any of us apple fans are ever going to have this, besides some of what you said, we and I agree but already mentioned! Yeah so only samshit is desperate to go their way, and that's by doing this!
Reply · Like · Mark as Spam

ScrewYou - June 27, 2014 at 9:29pm
What do you know about SIM cards and cell phone topology? I would tell you to jump off the bandwagon but you seem to have been riding so long I doubt your legs still possess anything short of mobility. Design a damn case around the concept before putting it into use, obviously. SIM cards don't have to be on any of the sides of the phone but can be inserted through a back panel and why the hell not? Because screw Samsung? Because screw Apple? Screw your narrow minded opinions. Screw you.
Reply · Like · Mark as Spam
54 More Comments
Recent