Xupport is a multipurpose system utility for Mac OS X. It provides many features to configure hidden Mac OS X and Unix options, to increase system security and performance, to maintain and backup Mac OS X, and to dig deeper into the world of Unix. Xupport 3 is now fully compatible with Mac OS X 10.4 (Tiger) and Mac OS X 10.5 (Leopard), and is available as Universal Application for PowerPC and Intel Macs.

Xupport 3.4 Update
This is a compatibility update to support Apples latest operating system Mac OS X 10.5 - Leopard. Beside the Leopard compatibility it provides an revised security technology, some minor improvements and bug fixes. 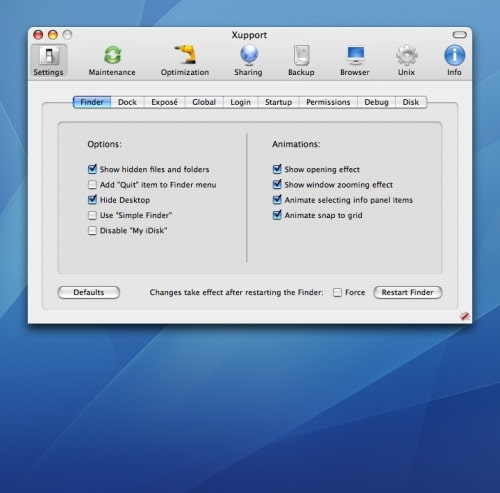