Rovio has launched Angry Birds Go! in the New Zealand App Store ahead of its worldwide release on December 11th.

Welcome to downhill racing on Piggy Island! Feel the rush as you fling those freewheeling birds and piggies down the track at breakneck speed – with plenty of twists and turns in a thrilling race to the finish line! But beware! Look out for hazardous roads, mischievous opponents riding your tail and special powers to put the race leader behind the pack. Plus, go from soapbox car to supercar by upgrading your ride! Ready…Set…Angry Birds Go! 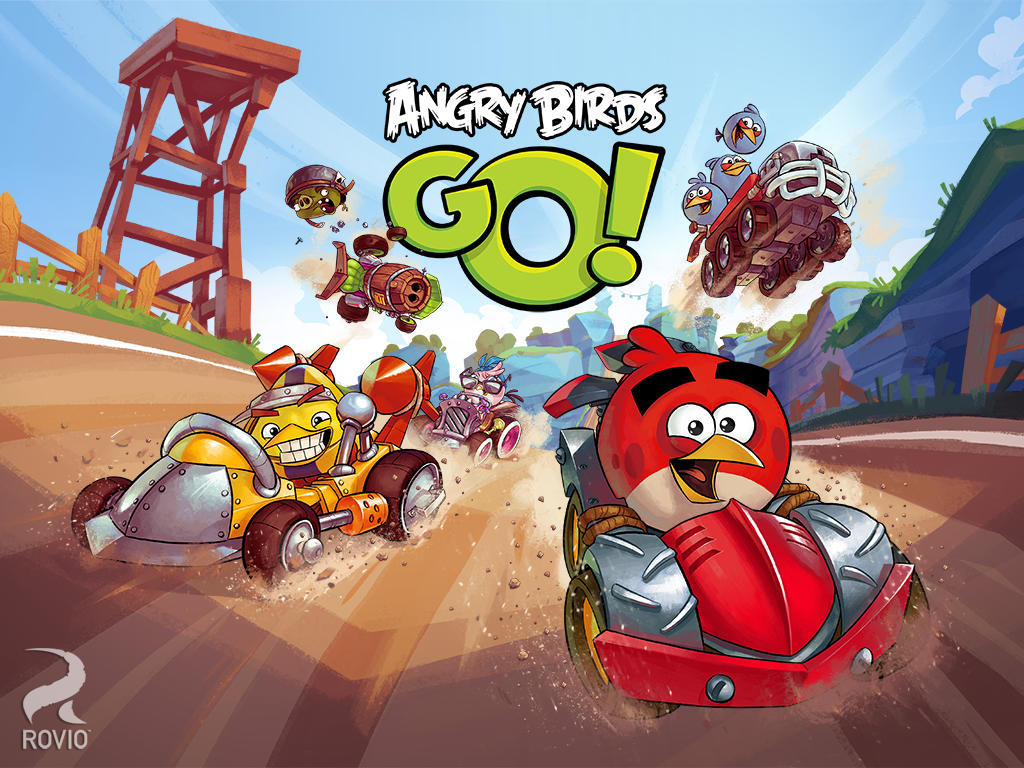 FIRST-EVER 3D ANGRY BIRDS WORLD! See the birds and pigs from every angle as Piggy Island comes alive in this rich and colorful 3D world!

RACE AS THE BIRDS OR PIGS! Jump behind the wheel and race as Red, Chuck, Terence, Stella, King Pig, Moustache Pig and many other favorites!

AWESOME SPECIAL POWERS! Smash your opponents off the road and take that winning position thanks to unique special powers for each character!

UPGRADE YOUR RIDE! From a homemade soapbox car to a super-fly supercar, with tons of karts and awesome ways to upgrade – yours to earn or purchase!

MUCH MORE TO COME! The race has only just begun – so look out for many more fun things coming your way!

TELEPODS! A groundbreaking new way to play! Now teleport your favorite characters into the race by placing your Angry Birds Go! TELEPODS figures on your device’s camera! Angry Birds Go! Telepods sold separately and are compatible with select mobile devices. See the full list of supported devices from Hasbro: http://www.hasbro.com/angrybirds/

ToonsTV READY TO GO! The home of the hugely popular Angry Birds Toons animated series, plus many other top-quality videos!

You can download Angry Birds Go! from the App Store for free. 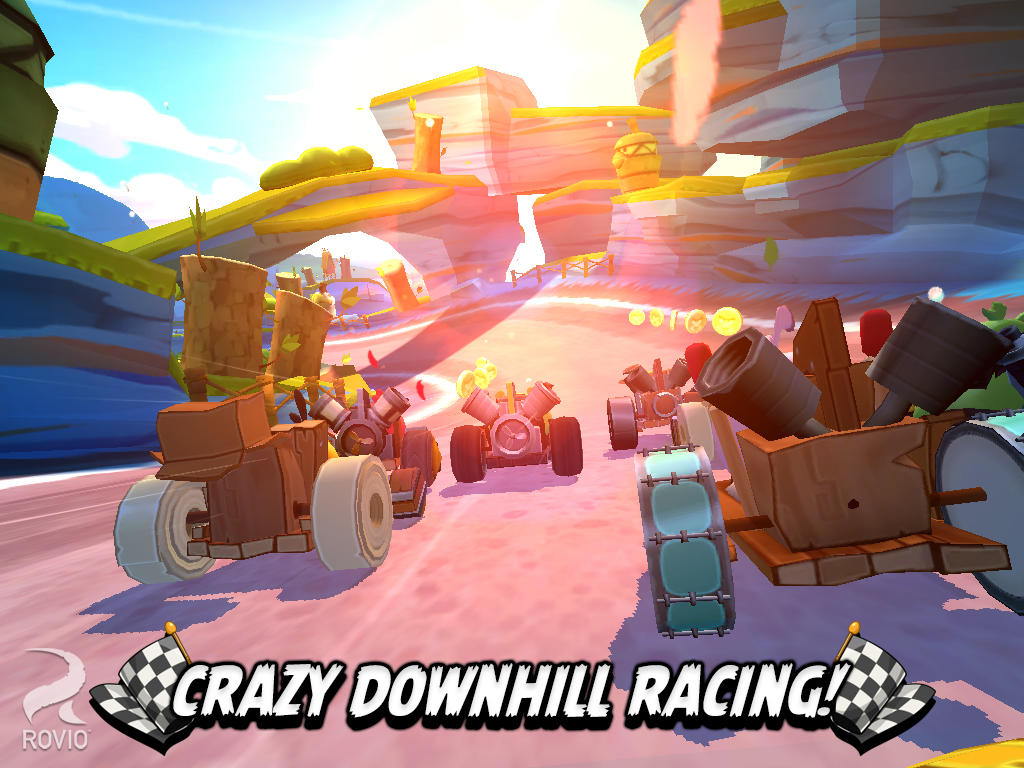 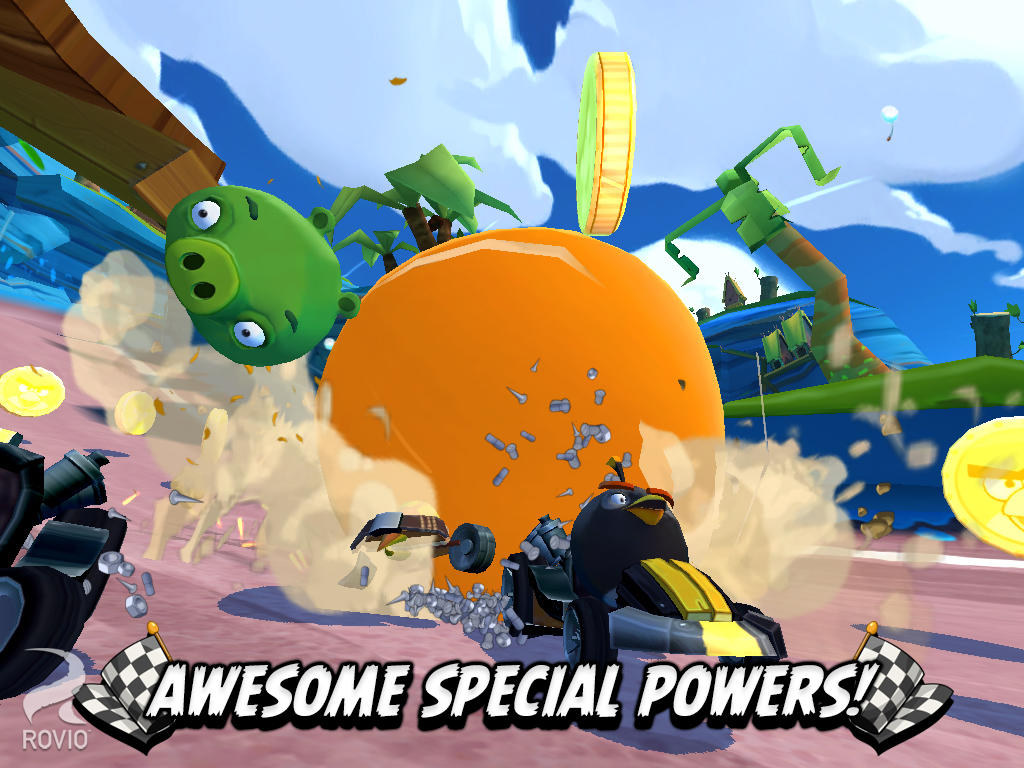 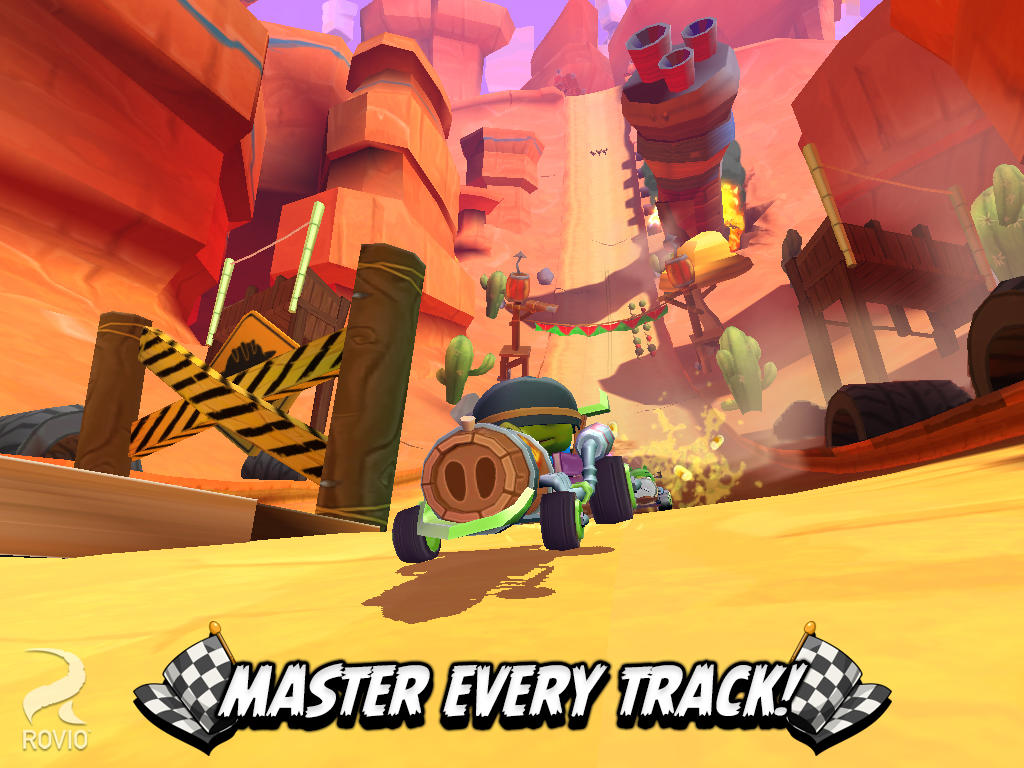 Nuid - November 27, 2013 at 10:15am
The game's file size is a whopping half a gigabyte... So embarrassing even for Android... Some users from a certain forum reported ads appearing (in full-screen!) after some races...
Reply · Like · Mark as Spam

Vin - November 27, 2013 at 6:42am
Was looking forward to this... but after playing for 15 mins, I realize it's another blood sucking IAP driven game. Games with energy mechanics can go straight to hell and off of my devices.
Reply · Like · Mark as Spam
Recent