Macgamestore.com has announced the release of Luxor 3 for the Mac through its web site and digital download service, Mac Games Arcade. The game was created and published by MumboJumbo. Since first launching in 2005, the ancient Egyptian franchise has been downloaded over 65 million times worldwide and has sold over 500,000 units at retailers nationwide. Winner of numerous awards, including the #1 casual game of 2005, the franchise truly reaches new heights in design quality and gameplay mechanics with LUXOR 3.

Pricing and Availability:
Luxor 3 is available immediately as a digital download purchase through Macgamestore.com and Mac Games Arcade. A free demo is available for download. The full version costs $19.95 (USD). 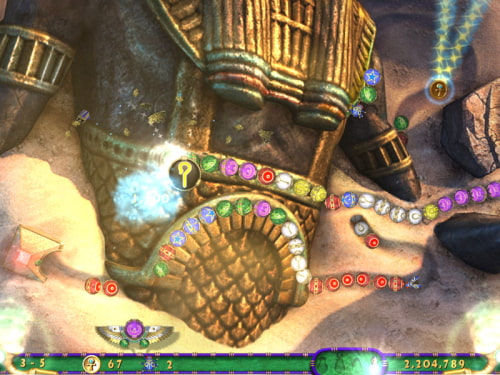