The Berlin games developer syncRage has released its first iPhone game: TAXI DRIVE New York! Make money as a taxi driver on the asphalt of the Big Apple! Not everyone's dream? - not yet! Try TAXI DRIVE once, and you run the risk of becoming fixed and taking the fast-paced game play into your dreams. Following the principle of the endless game, the player must confront increasing traffic density and can earn additional "lives" (taxis) and unlock licenses for new neighborhoods. Thanks to the intuitive touch-control the game is immediately accessible.

Never before has it been so easy to find the target, simply tap the desired position on the map. But beware: The direct path from the calculated route may lead to a crash with another motorist. The denser the traffic gets, the more important and decisive are quick reactions and the choice of the right sub-route. Whomever quickly finds safe positions on the maps - areas not visited by other vehicles - is clearly in the advantage.

syncRage announces the game as a prelude to a taxi-series, which will captivate the player with new maps, vehicles, and other challenges and rewards.

Coming Soon:
With the next update gamers will be able to further prove their driving talent with additional district maps from syncRage's crash test laboratory to give a fresh challenge and new rewards.

Pricing and Availability:
For a limited time only, Taxi Drive New York is offered at the introductory price of $0.99 (USD) and available exclusively through Apple's App Store. 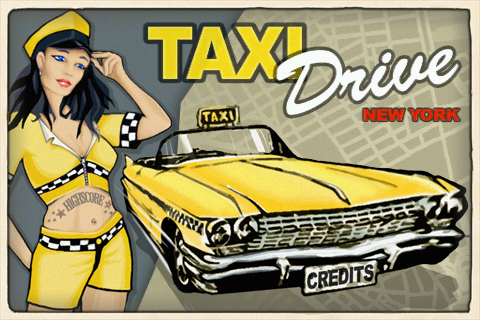 Harry Boo - June 8, 2009 at 1:20am
Yes it is. I really liked it from the first moment. very casual. Its dynamic level of difficulty is as challanging as in flight control. But game play is of course different.
Reply · Like · Mark as Spam
0

Yetti12 - June 8, 2009 at 9:27am
Thanks for replying, i ended up buying it before i saw your reply. it's fun, haven't played it a lot yet, but from what i played it good. Hopefully the updates will improve it a bit. FlightControl is still the only app i play, i actually play it more than my ps3 haha
Reply · Like · Mark as Spam
0