Apple has announced that iOS 8 adoption has reached 52%. The percentage was measured by the App Store on October 27, 2014.

On October 7th, the company announced that adoption of iOS 8 was at 47%, just 1% higher than the company reported previously on September 21st.

Take a look at the chart below to see the full breakdown. 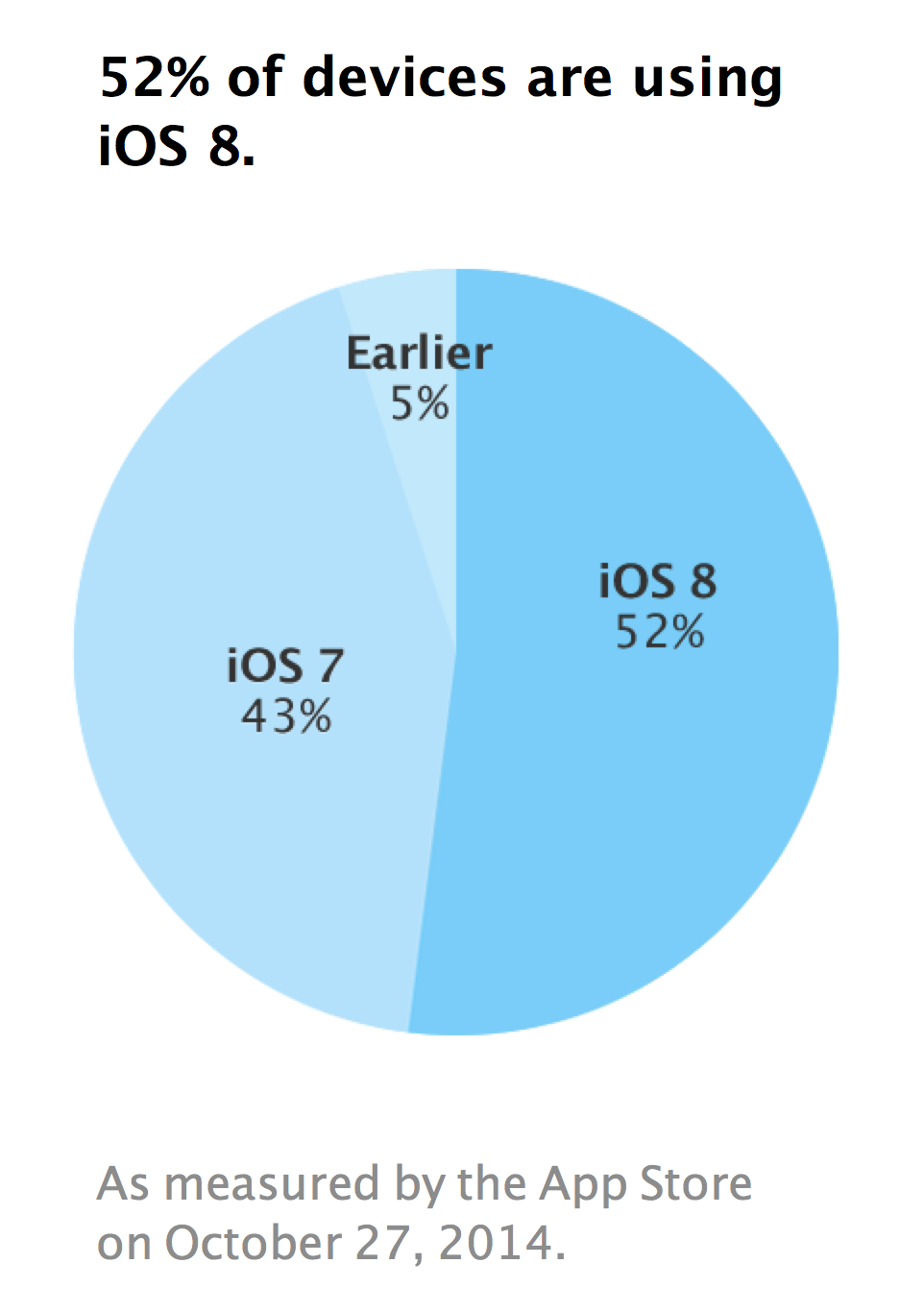 G58jg91ok66@ - October 31, 2014 at 3:24am
I'm not sure about jail breaking and stuff but my 8.1 is still a little glitchy and apps seem to close on their own. Even this one here. Plus landscape keyboard is very slow switching back and fourth. I'm still on 5S though.
Reply · Like · Mark as Spam

Samsung Dump - October 29, 2014 at 8:21pm
Gimmicks and myths is the only crap you offered. You haven't even tried it yet it's running smooth.
Reply · Like · Mark as Spam