MacVide 3gp Converter provides powerful functions to set different settings for your video files. It allows you to select crop video area, the bit rate, frame rate, video resolution. Video preview with "rangebar" allows you to choose the exact video footage you want, anywhere between the first and last frames. With MacVide 3gp Converter you will able to convert your entire movie to .3gp or .3g2 and watch it anywhere and anytime. It's very easy to use and it supports most mobile and cellular devices.

Pricing and Availability:
MacVide 3gp Converter is available for only $19.95 (USD) for a Single License, and may be downloaded directly from the Macvide website. 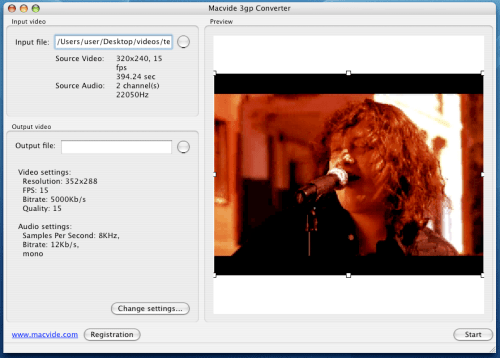