Adoption of iOS 8 was initially slower than iOS 7; however, it has been increasing steadily. Holiday sales of the iPhone 6 and iPhone 6 Plus likely caused the slight increase in adoption of the new operating system. 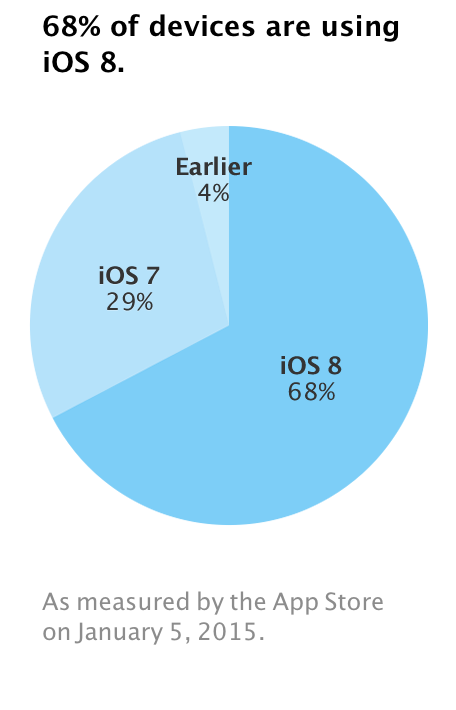 MUKAI - January 8, 2015 at 1:39pm
And yet they got sued for it lol. Stupid Apple should of discontinued their 16GB models instead of the 32GB ones. Now it's gonna bite them in their gay asses.
Reply · Like · Mark as Spam