Red Marble Games, has announced the release of I-Play's popular Dr. Lynch: Grave Secrets game for the Macintosh. Unique, with an engaging storyline developed by award-winning game designer Jane Jensen and beautiful art, Dr. Lynch is a compellingly fun game that raises the standards in the crowded hidden-object genre.

Players take on the role of Dr. Ignatius Lynch, investigator of paranormal claims, after a report of ghost sightings at an archeological dig near Hereford, England. There clearly is something afoot, but is it supernatural? Or is there something even more interesting going on here?

In addition to finding hidden objects, players gather clues to the mystery from a collection of colorful characters. The game also includes a collection of bonus puzzles that depart from the hidden-object routine and that derive from the game's story.

Reviewing the Windows version, Gamezebo said: "Production values are wonderful, items make sense in the context of the scene, and the mystery story contains enough twists and turns to keep you interested throughout the game's 14 investigations and 28 locations."

Pricing and Availability:
Priced at only $22.95 (USD), Dr. Lynch: Grave Secrets for the Mac is a Universal Mac OS X application that requires Mac OS X 10.4 or better, and is available for immediate download directly from Red Marble Games' website. Custom screenshots and review copies are available by contacting support. 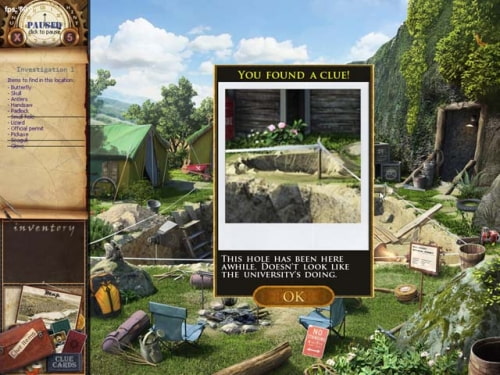