Details of launching the iPhone have been finalized and the first batch of iPhone will appear in China Unicom 3G stalls at Carrefour and some large retail outlets run by China Unicom in September, said Zhou Youmeng, vice general manager of China Unicom.

"The price of the 8G standard iPhone is set at about 2,400 yuan and the 16G may be sold at 4,800 yuan," said Yu Zaonan, general manager of the customer development department of China Unicom in Guangzhou.

IBTimes' insiders are amazed that Apple gave up its dividend model. Apple likely made compromises for China because of the enormous demand and intense competition. 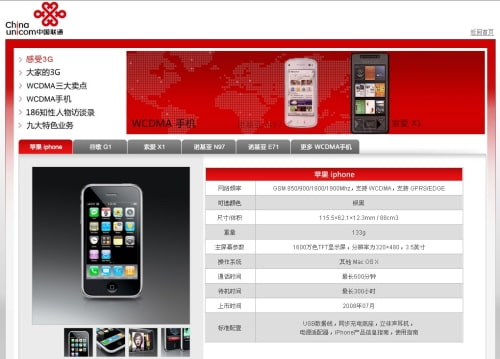