According to the New York Times, Apple will not be announcing a new Apple TV at WWDC 2015.

Those eager for a new Apple TV, however, will have to wait. The company decided to hold off an announcement because the product was not ready to be demonstrated, according to people briefed on the device.

It was first reported that Apple's new TV service would not be unveiled at WWDC, but it was still widely expected that Apple would reveal new Apple TV hardware alongside Siri integration and an SDK for third-party applications. It now seems that we will not be receiving any Apple TV updates.

Apple had reportedly planned to use WWDC 15 as a spotlight for the new Apple TV hardware, but scrapped the plans sometime around mid-May.

The company planned as recently as mid-May to use the event to spotlight new Apple TV hardware, along with an improved remote control and a tool kit for developers to make apps for the entertainment device. But those plans were postponed partly because the product was not ready for prime time, according to two people briefed on the product.

Apple is most likely wanting to debut both its new TV streaming service and a revamped Apple TV box together. WWDC is still expected to reveal iOS 9, OS X 10.11, and Apple's upcoming music streaming service. 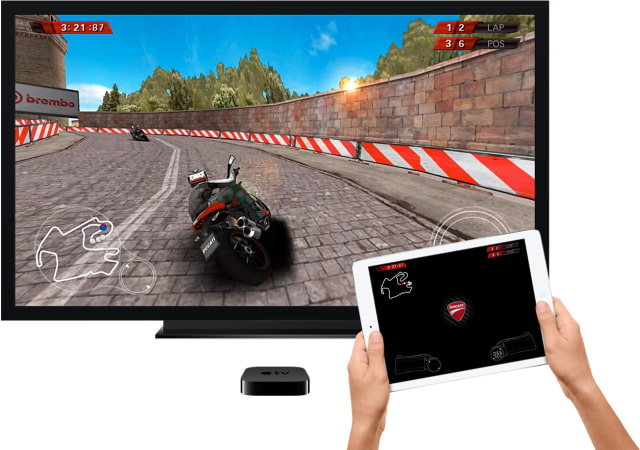 Lolwut - June 4, 2015 at 1:38pm
As they all say, good things come to those who wait. As long as I wait for the product to be perfect, I can understand and forgive the delays, it's ok.
Reply · Like · Mark as Spam

RealLaer - June 4, 2015 at 8:33am
Apple TV,the most useless entertaiment device if you live in Europe.At least Amazon avoids selling it's FireTV where it can't provide the content for it. Entertainment it's the least of it.
Reply · Like · Mark as Spam

JollySonX - June 4, 2015 at 8:53am
I wouldn't say they are useless, I've got my self 2 atv3 I never use any of the apps in it,(not even YouTube) but they both still get used as my primary tv box thanks to AirPlay. along time ago I unplugged my aerial and stopped paying for TVL so everything is now streamed from Amazon and Netflix and other apps from my iPod(4th gen cracked screen) which I bought to use for AirPlaying these, and I love the AirPlay from iTunes on my laptop and have my music playing in perfect sync (I also have an AirPlay speaking) which allows me to have audiobooks playing all round my flat with out missing a word
Reply · Like · Mark as Spam

Nat - June 4, 2015 at 11:48am
Useless my ass! I still get a lot of TV content without the need to throw money at cable anymore if you think about it.
Reply · Like · Mark as Spam
4 More Comments
Recent