Images of an alleged iPhone 6s logic board reveal a new NFC chip, 16Gb of storage, and a reduction in the number of components used, reports 9to5Mac.

Chipworks was able to identify an NFC chip labelled 66VP2 on the logic board, an upgrade from the NXP 65V10 chip used in the iPhone 6. The exact changes to the chip are unclear but it may add a secure element processor, removing the need for a separate chip. 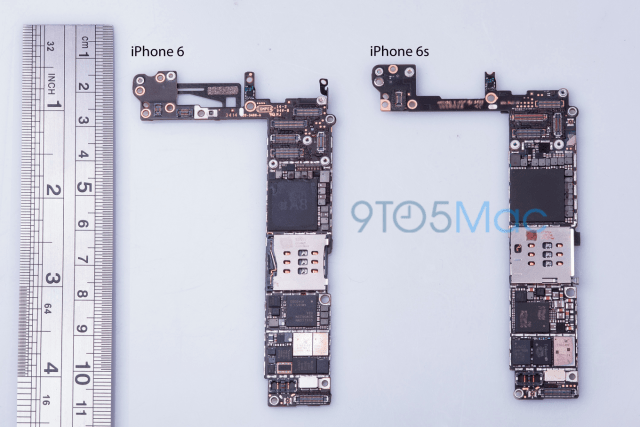 Analysis of the logic board also reveals a significant reduction in the number of components being used.

One section of the board that previously had in excess of 10 components has been pared down to 3 main chips, simultaneously cutting the number of parts and increasing the power efficiency of the ones that remain. Other necessary and remaining chips, such as the flash memory and CPU, notably benefit from smaller manufacturing processes that enable the iPhone 6S to offer the same or faster functionality with smaller, less power-hungry parts.

Chipworks notes that while the logic still has Bosch and InvenSense accelerometer and gyroscope parts, it's possible that a new smaller alternative from STMicroelectronics could be used on the final product, having already debuted in the Apple Watch.

While customers are hoping that Apple will increase its minimum storage capacity to 32GB, Chipworks found that the Toshiba Flash Memory on the leaked board is 16GB and is built with a 19nm production process. Of course, Apple could just be using the 16GB of storage for testing and easily change it before launch. 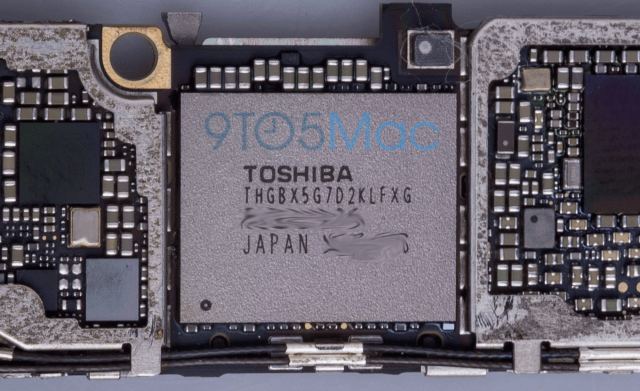 Matt - July 3, 2015 at 5:48pm
Probably going to allow 3rd party companies to use it. Or maybe putting it in there now and then doing something when iPhone 7 comes out.
Reply · Like · Mark as Spam
Recent