Snow Leopard has done away with the old naming convention for screen shots.

Michael Rose from TUAW discovered the change from the old Picture 1, Picture 2 format to a new format which uses the date and time of the screen shot.

A format with seconds and no spaces would have been preferred but at least screen shots in this format can be ordered better. 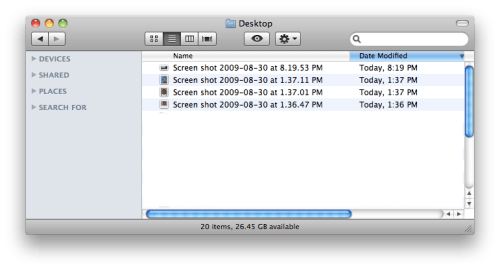