"Life’s most persistent and urgent question is, 'What are you doing for others?' " — Dr. Martin Luther King Jr.

Apple CEO Tim Cook has frequently quoted King as a source of inspiration and motivation. For example in his commencement speech to George Washington University graduates, Cook cited King's "Letter From a Birmingham Jail" which encourages people to get off the "sidelines" and solve problems, end injustices, stop persecution, and cure diseases. 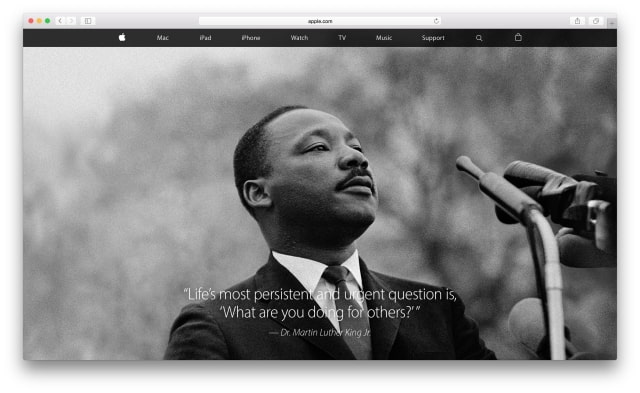