Apple and Hermès have introduced new Apple Watch Hermès styles and an expanded assortment of bands that incorporate Hermès' signature palette alongside a series of bold new colors.

With a design process driven entirely by a shared ambition for ultimate beauty and utility, the collection pairs Apple Watch Series 2 with finely handcrafted leather bands in distinctive styles from Hermès, and features exclusive watch face designs inspired by the iconic Clipper, Cape Cod and Espace Hermès models. Apple Watch Hermès is the ultimate tool for modern living, a product of elegant, artful simplicity and functionality.

“Ours is a partnership born of parallel thinking and mutual regard — we share similar preoccupations, ever evolving and refining our design,” said Jonathan Ive, Apple’s chief design officer.

“We are united by the same vision, the uncompromising pursuit of excellence and authenticity, and the creation of objects that remain as relevant and functional as they are beautiful. This is a new step of our attelage," said Pierre-Alexis Dumas, Hermès’ executive vice president, in charge of artistic direction. 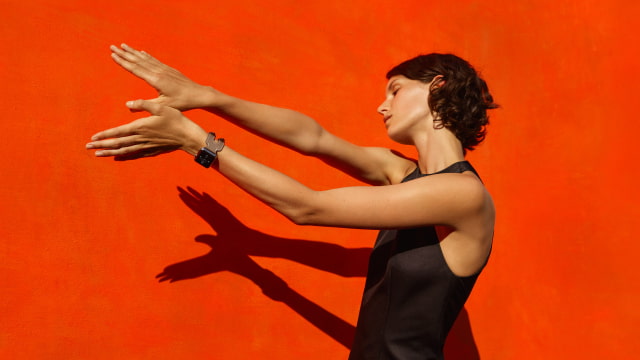 Design
The expanded Apple Watch Hermès collection includes a new style — the Double Buckle Cuff in Swift and Epsom calfskin leathers, inspired by an archetypal Hermès sandal design by Pierre Hardy, creative director of Hermès shoes and jewelry, elegantly framing the wrist in new colors including Rose Jaipur, Étoupe and Bleu Agate. The new Single Tour Deployment Buckle band is a reimagined take on a classic form, pairing the elemental simplicity of Hermès Barenia calfskin leather with the modernity of an Hermès hidden deployment buckle, which opens with a click of two side buttons. The classic Double Tour and Single Tour styles continue for fall in refreshed colors including Anemone. 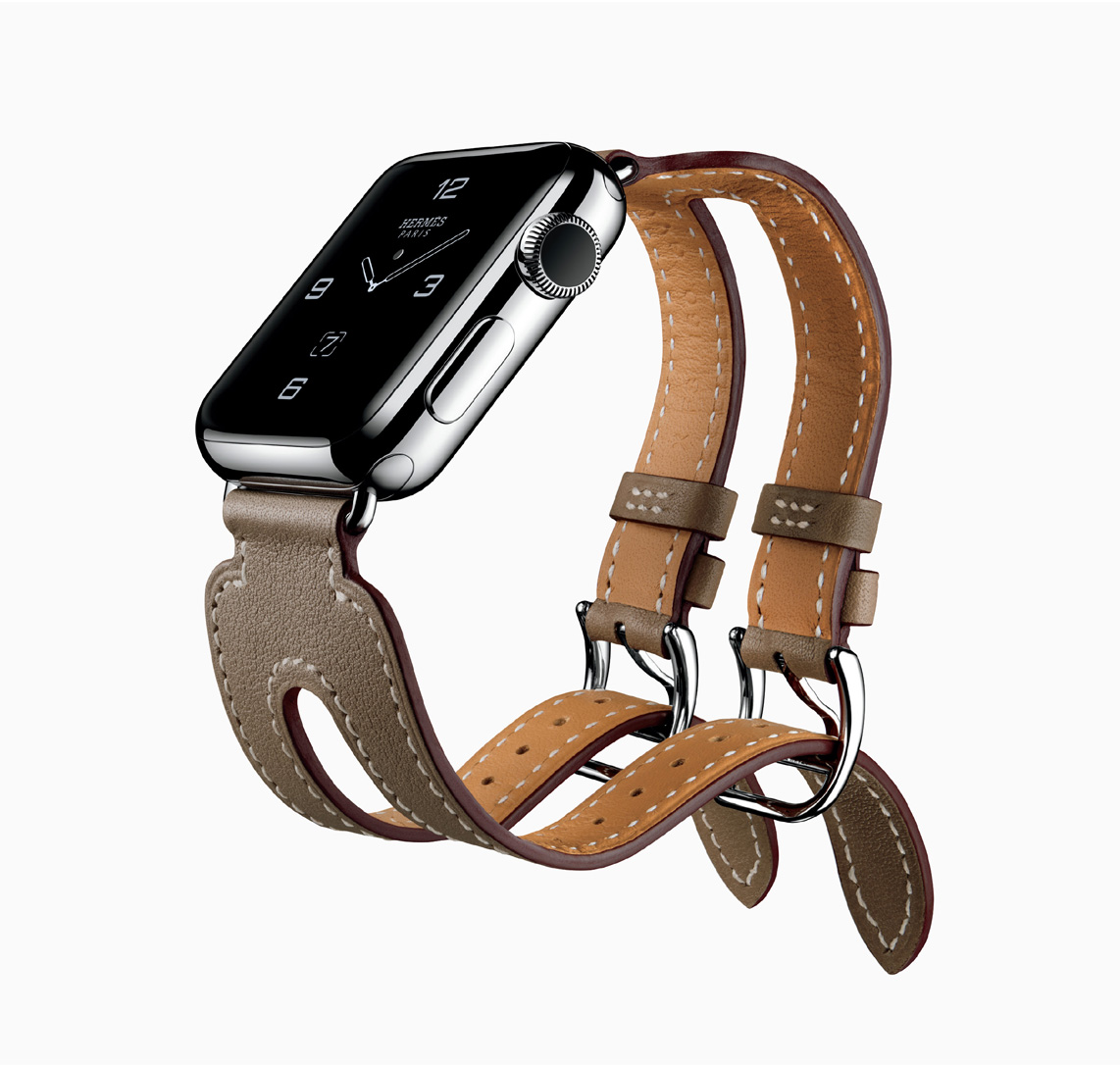 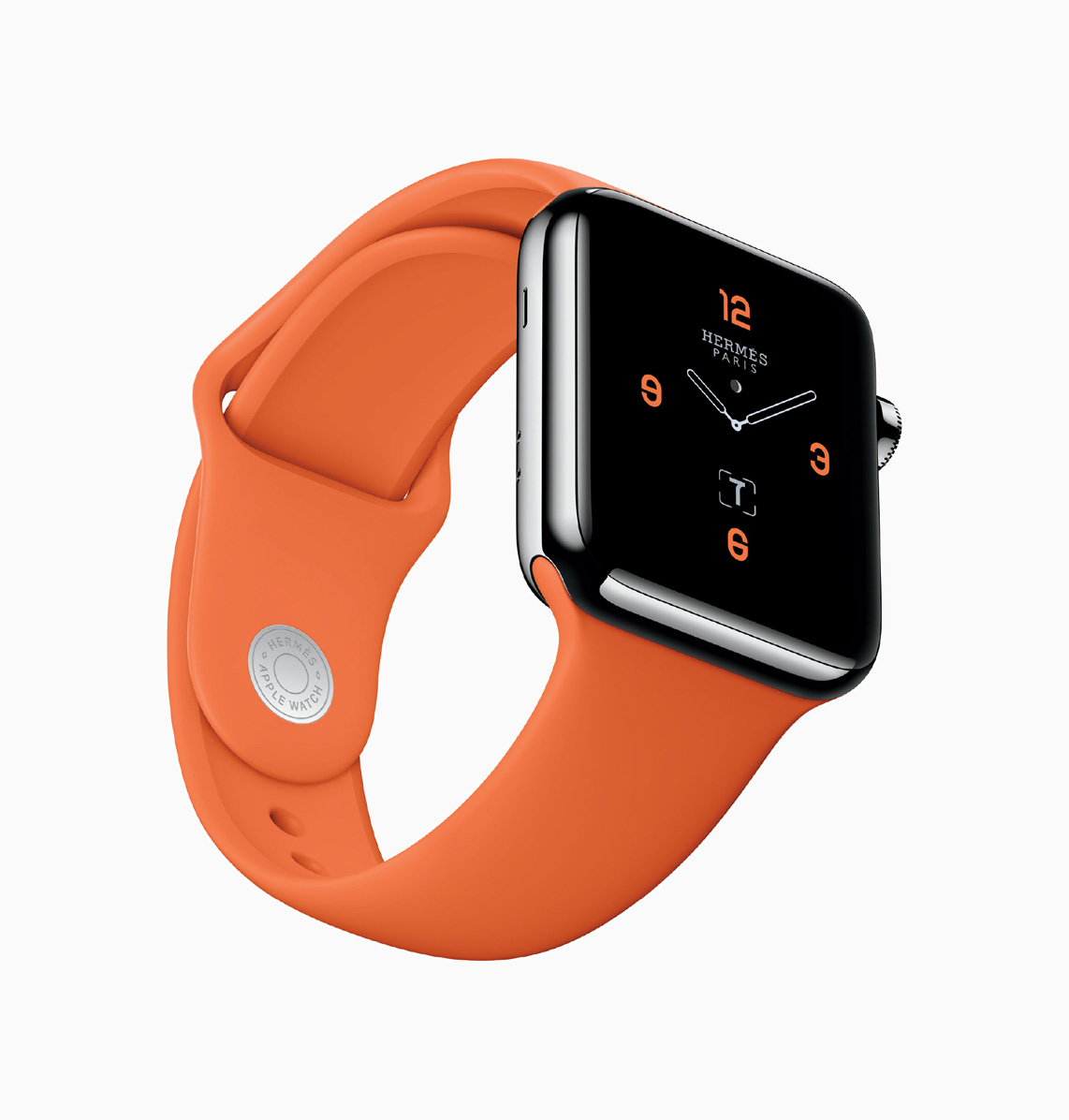 ● Apple Watch Series 2 requires iPhone 5 or later running iOS 10 or later. watchOS 3 and iOS 10 will be available beginning Tuesday, September 13 as a free software update. Some features are not available in all regions or all languages.

● Every customer who buys Apple Watch Hermès will be offered free Personal Setup, in-store or online,*** to help set up and personalize their new Apple Watch with calendars, notifications, apps and more. 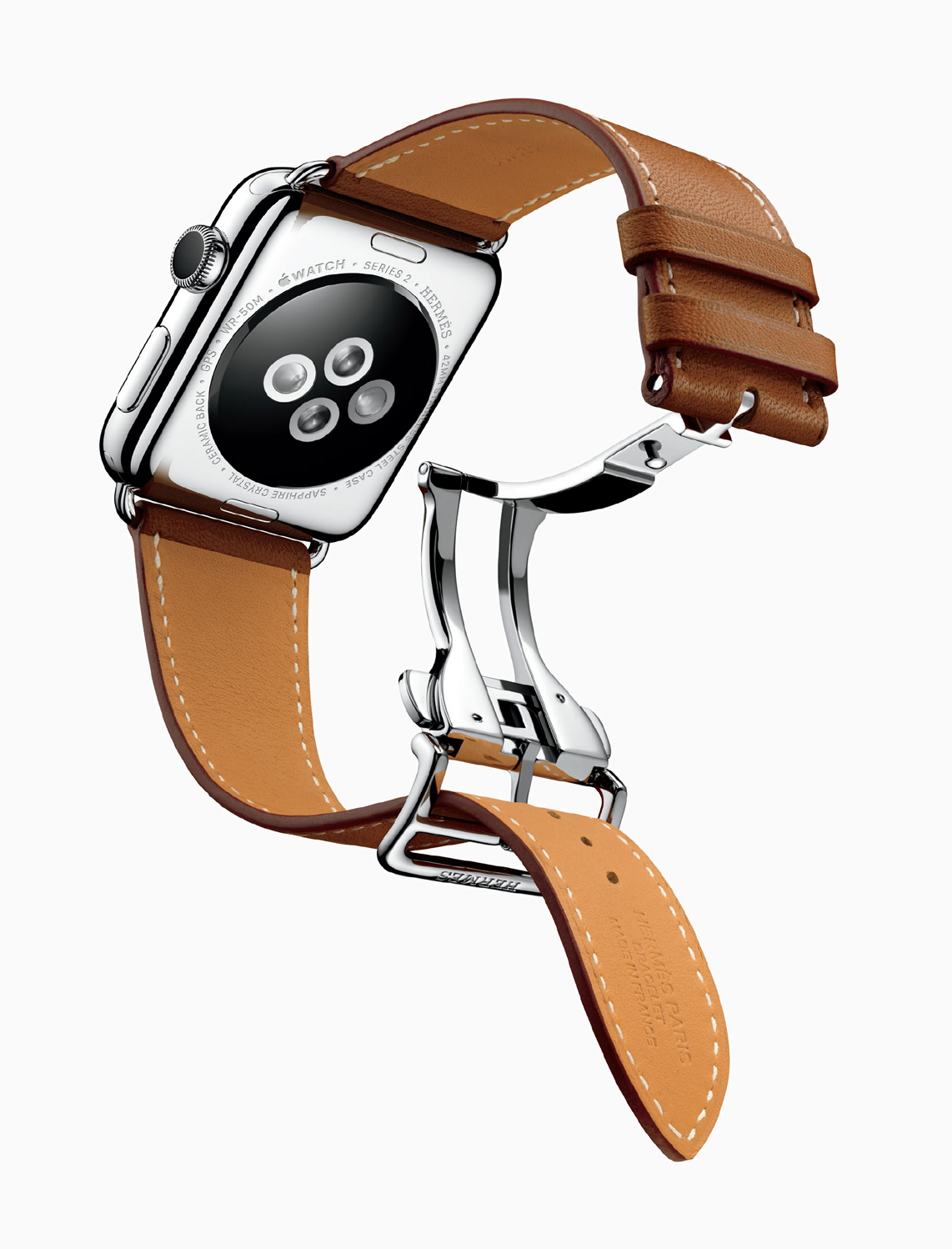 MUKAI - September 7, 2016 at 8:03pm
Hahahaha the return of the dog collars. This time made special for Chihuahua breeds.
Reply · Like · Mark as Spam

PHUKAI - September 8, 2016 at 12:20am
Is it targeted for dogs? No. Does it look like something for a dog? No because a collar isn't electronic in any way at all nor is small enough to fit comfortable around the neck. If anything, I could noose you with it instead!
Reply · Like · Mark as Spam

MUKAI - September 8, 2016 at 3:16am
Well maybe search Hermes on a Dog, you will see all these dog collars you should ask your bit ch Paris Hilton how they are used hahahaha
Reply · Like · Mark as Spam

PHUKAI - September 8, 2016 at 12:37pm
Whether it was done like that or not, it was probably done as a parody, and I did ask and that's where this noose idea came from. See if it can hold your ex Honey Poopoo HARHARHARHARHARHAR
Reply · Like · Mark as Spam
Recent