Samsung is planning to follow in Apple's footsteps and will ditch the headphone jack on the upcoming Galaxy S8, reports SamMobile. The company will instead require USB-C for wired headphones.

It's unclear how Samsung would market this decision as it mocked Apple for dropping the headphone jack after it announced the iPhone 7.

Samsung is also rumored to be integrating stereo speakers, perhaps in collaboration with Harman, a company it recently acquired. Samsung will likely unveil the Galaxy S8 at Mobile World Congress in Barcelona in February. 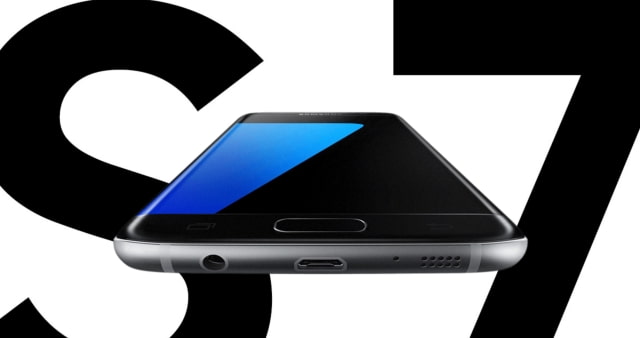 Me - December 7, 2016 at 2:09pm
I have a 7 and I'm actually happy the headphone jack is gone. With my watch I'm completely wireless. Samsung hated on Apple at their keynote just a few mouths ago and now are gonna do the same. Fail on Samsung.
Reply · Like · Mark as Spam

Apple Fan - December 7, 2016 at 4:28am
HOW DARE THEY! OMG I CANT BELIEVE THIS! I CAN'T LIVE WITHOUT A HEADPHONE JACK! OMG MY LIFE IS RUINED. WAAHAHAHAHAHAHA. NOOOOO. SAMSUNG!!! NOOOOO <3 apple
Reply · Like · Mark as Spam

Zal - December 7, 2016 at 3:16am
1. It was worth getting rid of the Jack with all the new stuff it has added. 2. The port was predicted to be obselete in the next decade and watchmojo did mention wires will be obselete in the future. 3. I think it's okay to finally say that whatever this company "advertises" about regardless of hinting at Apple or not, it's like they don't copy without doing that first. I feel like they always do that as a trend for themselves for quite a while now. 4. I agree about exploding batteries, but they deserved it.
Reply · Like · Mark as Spam

Van G - December 9, 2016 at 4:00am
All the stuff they added? ROFL. A button that looks like a button, feels and works like a button and yet it is not a button? Honestly who the f cares? If you want to use inferior and more expensive BT headphones that you must constantly charge, audio jack inclusion isn't stopping you. Audio jack omission is however stopping me from using my $500 headphones.
Reply · Like · Mark as Spam
4 More Comments
Recent