Another alleged 'iPhone 8' schematic has leaked. This one appears to depict a metal back with the Touch ID fingerprint sensor placed below the Apple logo.

The leak comes from Sonny Dickson, a source who has leaked authentic Apple parts and information in the past.

iPhone 8 looks to be taking a new direction

Notably, despite most rumors suggesting the iPhone 8 will have a glass back, a recent Bloomberg report claimed that Apple was also testing a prototype with an aluminum back and slightly larger dimensions.

There have been many reports that Apple is facing issues with integrating the Touch ID sensor under the display; however, it's unclear if the problem will result in Apple needing to delay release, drop the Touch ID sensor, or move it to the back of the device. 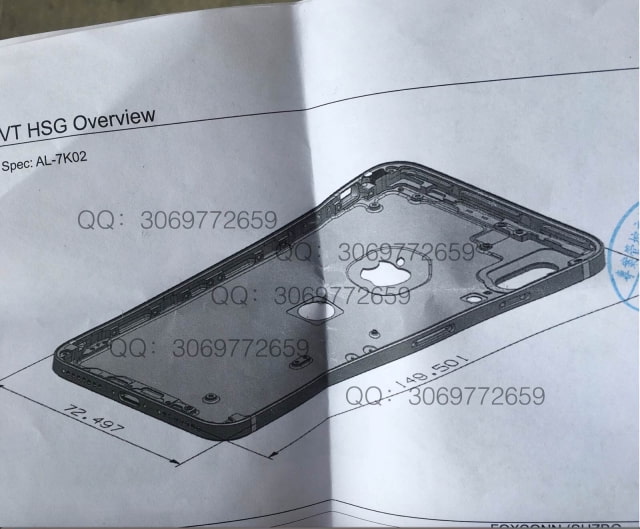 Steve - April 20, 2017 at 7:31am
There's really no way to buy this, in case this should be the solution Apple retains. I was waiting for a new design & technological master piece and not a S8-like device...
Reply · Like · Mark as Spam

D4xM4Nx - April 20, 2017 at 7:15am
OMG moar drama!!! Again, this is a RUMOR, even if it made it to the final product there's virtually no way to establish how will the sensor work. As time approaches, real proof shall be made public.
Reply · Like · Mark as Spam