Wells Fargo has announced that over 5,000 of its ATMs now have NFC-enabled mobile wallet capability. This feature lets debit card customers use ATMs without their card.

“This spring’s launch of one-time access code technology at all Wells Fargo ATMs has resulted in nearly three million card-free ATM access code transactions. Card-free ATM use will take another leap as we introduce NFC functionality,” said Jonathan Velline, head of Strategy and Administration for Community Bank. “The NFC functionality is a second form of card-free access and is an extension of our promise to reach our customers wherever they are and provide value using the mobile option with which they are so comfortable.”

A customer can initiate an ATM transaction by signing into leading mobile wallet features, such as Wells Fargo Wallet for Android, Apple Pay, Android Pay or Samsung Pay, found on mobile phones. They simply hold their phone or wearable device with mobile payment functionality near an NFC-enabled ATM terminal. Wells Fargo ATMs enabled for this feature will display a “contactless symbol” decal on the front of the ATM. The customer will then input their Wells Fargo Debit or EasyPay Card Personal Identification Number (PIN) and complete their transaction.

You can download the Wells Fargo app from the link below... 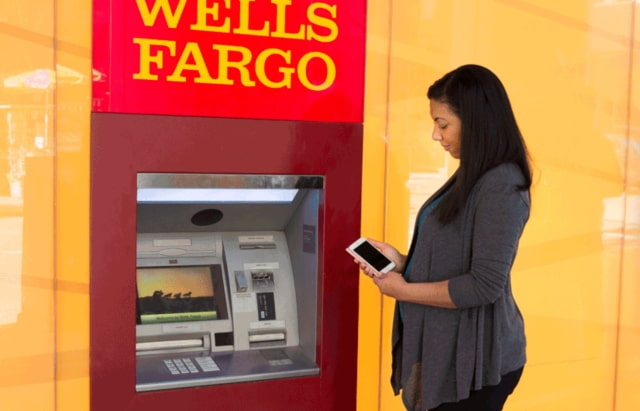 clandestine8 - October 10, 2017 at 3:00pm
I find your Headline inaccurate, prejudice, and offensive
Reply · Like · Mark as Spam

Wowzer - October 10, 2017 at 2:42pm
So this article talks about using your phone to withdraw cash from an ATM - how is that cashless you tool?
Reply · Like · Mark as Spam
Recent