Apple has released iOS 12 beta 8 to developers for download. The build is number 16A5357b.

iOS 12 beta 8 should resolve performance issues with iOS 12 beta 7 which was released and quickly pulled two days ago.

Unfortunately, Apple has pulled Group FaceTime from the initial iOS 12.0 release. It's said to arrive in an update this fall. 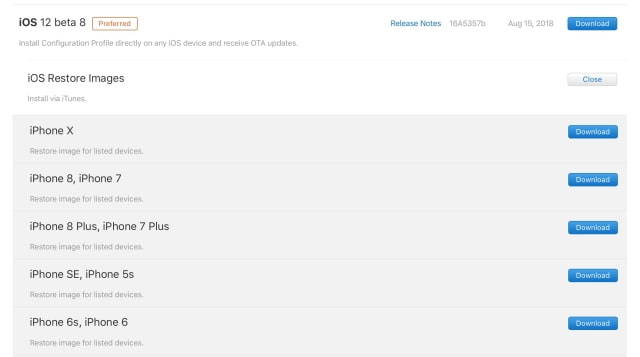 trauma717 - August 15, 2018 at 5:35pm
Does this mean the public beta users will jump from 6 straight to 8? Hopefully they skip 7 knowing everything they do now
Reply · Like · Mark as Spam
Recent