Apple Music has announced that it is launching Top 100 music charts for the first time, reports Rolling Stone.

In an update on Friday, Apple will roll out 116 charts which will display the top streamed songs on Apple Music. There will be one global chart and another 115 for each country Apple Music is available in. The charts will be refreshed daily at 12am PST and can be found under the app's Browse tab.

While Apple Music’s executives did not comment on the timing of the charts’ debut or the inspiration for adding the feature into the service, music charts — which are just as much presentations of influence and control to the industry as they are bits of information for the casual user — have become a hot topic in the music business in the last year. In May, Billboard changed its algorithm for its signature charts to weigh paid streams more than free streams, which was met with equal parts approval and scorn. 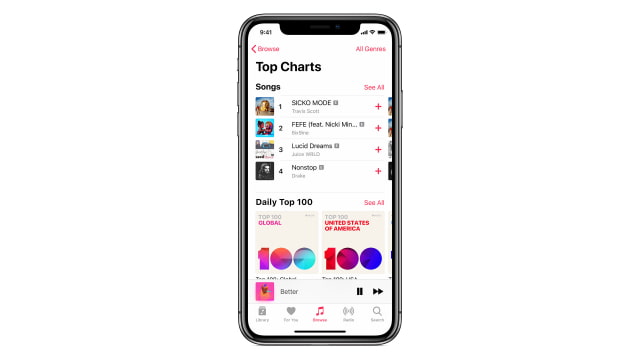