Apple SVP of Hardware Engineering, Dan Riccio, has allegedly responded to a customer concerned about recent reports that a slight bend in the iPad Pro is considered normal.

Riccio says that the current specification for iPad Pro flatness is even tighter than for previous generations. The acceptable bend is 400 microns, less than the thickness of four sheets of paper. 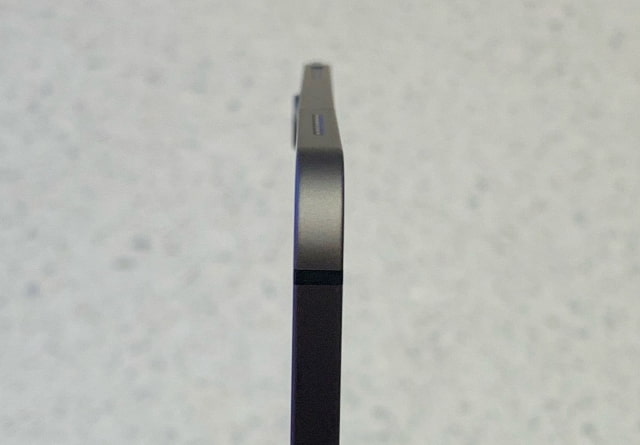 Check out the full email below...

Tim forwarded me your note and I appreciate you reaching out to us about this.

Regarding the website article - Apple confirms some iPad Pros ship slightly bent, but says it's normal let me clarify, This did not include a company statement and we will be reaching out to outlets to comment on this officially later today.

Relative to the issue you referenced regarding the new iPad Pro, its unibody design meets or exceeds all of Apple's high quality standards of design and precision manufacturing. We've carefully engineered it and every part of the manufacturing process is precisely measured and controlled.

Our current specification for iPad Pro flatness is up to 400 microns which is even tighter than previous generations. This 400 micron variance is less than half a millimeter (or the width of fewer than four sheets of paper at most) and this level of flatness won't charge during normal use over the lifetime of the product. Note, these slight variations do not affect the function of the device in any way.

Again, thanks for reaching out and I hope the above explanation addresses your concerns.

The Verge recently reported seeing a curve in the new iPad Pro after a two weeks of use. They sent it back to Apple but then discovered a slight bend in their replacement unit as well. It's unclear if the replacement unit was out of spec.

If you have an iPad Pro with a bend greater than four sheets of paper, it may be worth trying to obtain a replacement. 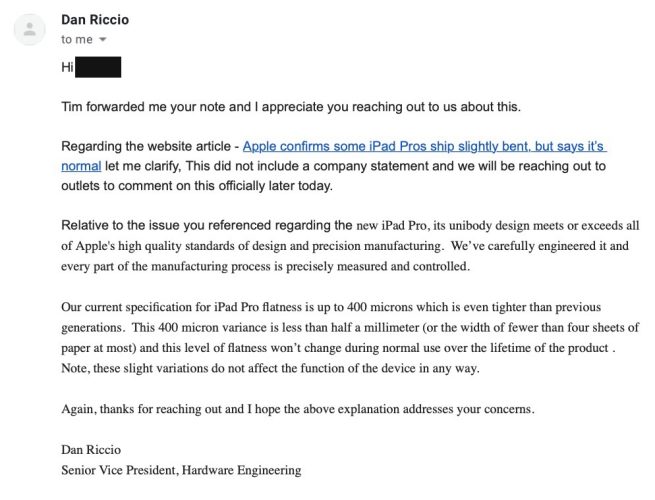 aikjones - December 21, 2018 at 9:40pm
Since Steve Bounced, Apple has jst been milking folks!! No innovative wow factor products! Instead it’s price Hikes upon price hikes
Reply · Like · Mark as Spam

wikki1977 - December 21, 2018 at 7:37pm
Yeah right, it’s a big improvement, They will say anything to sell their stuff Apple is not the same anymore , and their products are getting worse
Reply · Like · Mark as Spam
Recent