Apple has put up a massive ad touting its privacy policies ahead of CES 2019. The ad takes up one side of the SpringHill Suites by Marriott which is located just outside of the Las Vegas Convention Center where CES is being held next week. 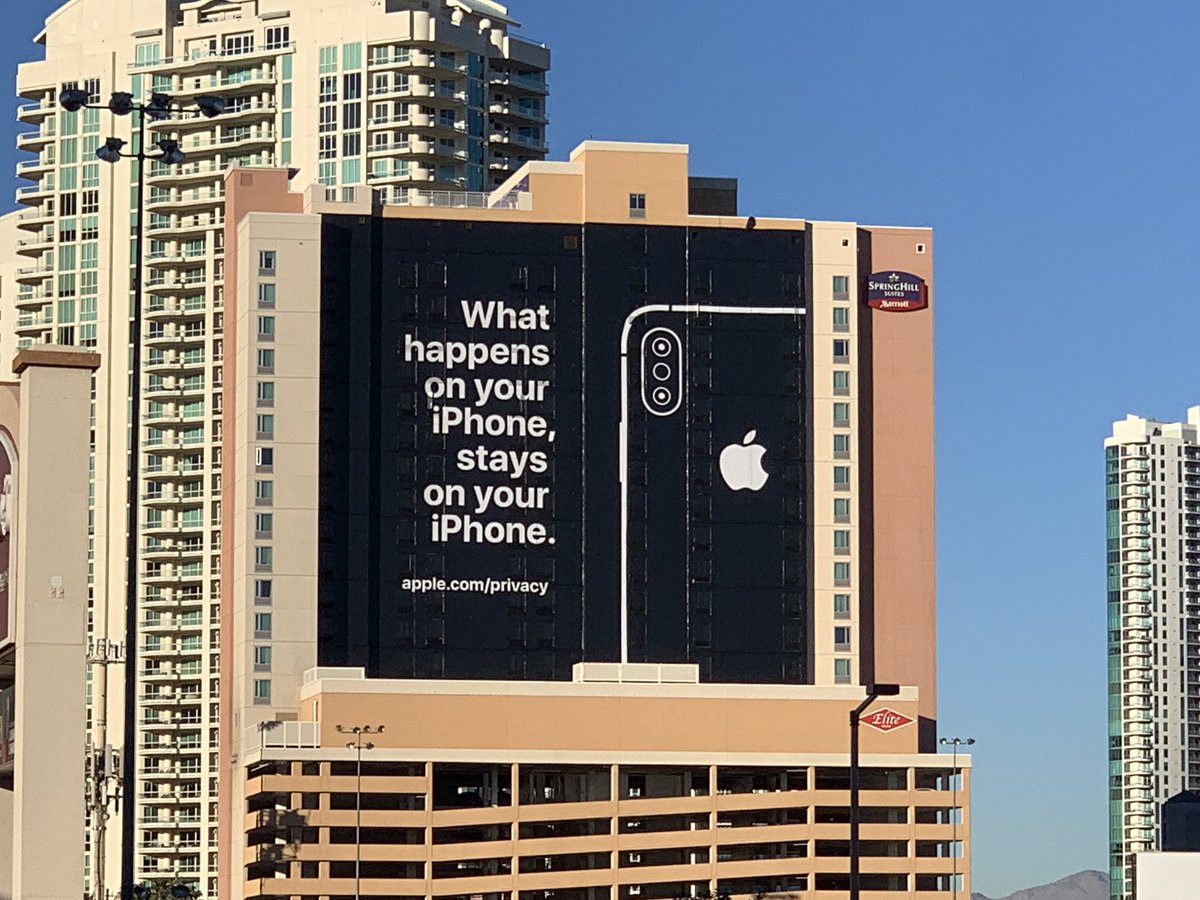 Apple does not exhibit at CES but many of its employees and executives attend the event and its presence is felt through various partners and products. 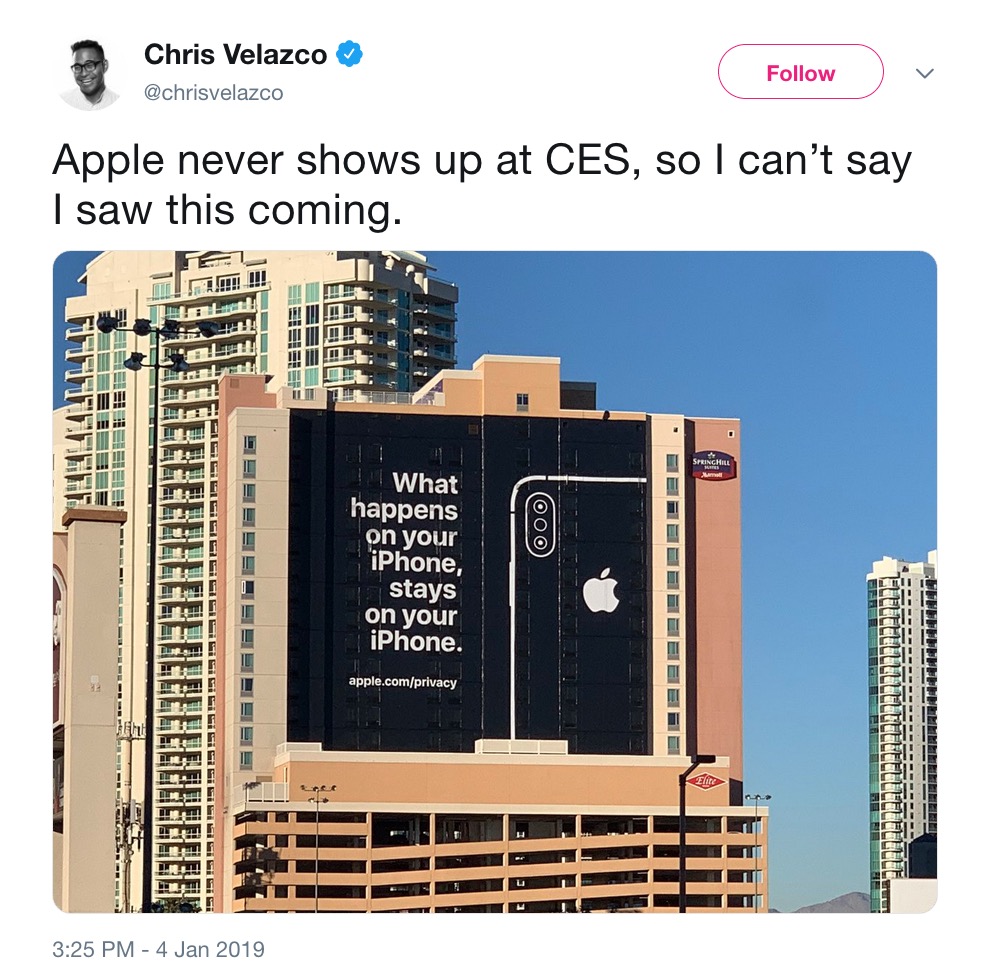 nocci - January 5, 2019 at 1:55pm
I could imagine Mr. Suckerberg desperately trying to vandalize this.
Reply · Like · Mark as Spam
Recent