Smart speaker ownership rose 40% in the United States last year with the Amazon Echo maintaining its lead despite losing some market share to Google Home. According to the Voicebot Smart Speaker Consumer Adoption Report, 26.2% of the 18+ population now have a smart speaker.

Jeff McMahon, CEO of Voicify said, "The continued upward trend in adoption cannot be overlooked by brands any longer. The significance of effort and investment by Amazon and Google is supported by user adoption and purchase. Smart speakers are quickly becoming a dominant tool in everyday life." 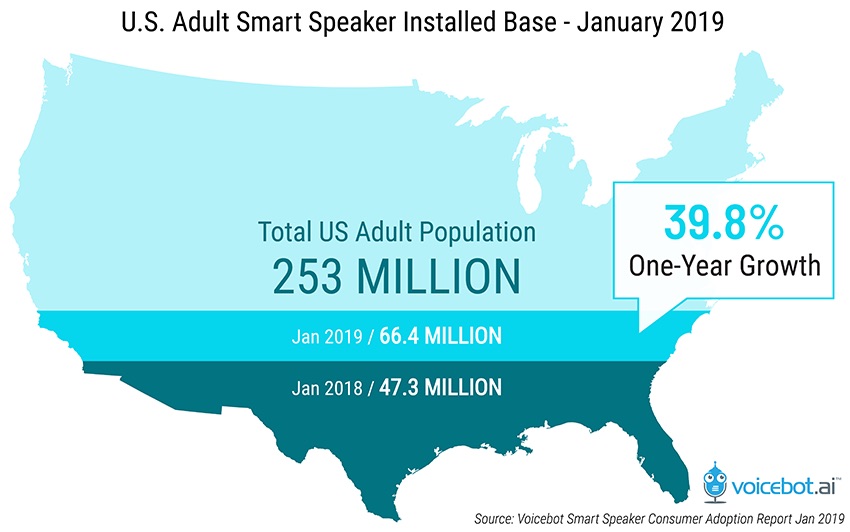 -----
Amazon Echo Maintains Strong Market Share Lead Over Google Home
The top two smart speaker makers in the U.S. remained Amazon and Google in 2018 although their combined market share did dip from 90% at the end of 2017 to 85% one year later. Amazon Echo smart speaker owners represented 61.1% of U.S. adults while Google Home notched a 23.9% share. The figures represent a market share loss for Amazon Echo of nearly 11% while Google Home accounted for about half of the decline by rising 5.5% during the year.

“Other” category smart speakers which include big names like Apple HomePod and SonosOne rose to account for 15% of the smart speaker installed base. Apple HomePod did not launch in the U.S. until February 2018 and was not reflected in the January 2018 figures. HomePod was an important driver of the rise of non-Amazon and non-Google smart speakers. The bigger news is that Amazon maintained a substantial market share advantage over Google and is still capturing new Echo users as the market expands. 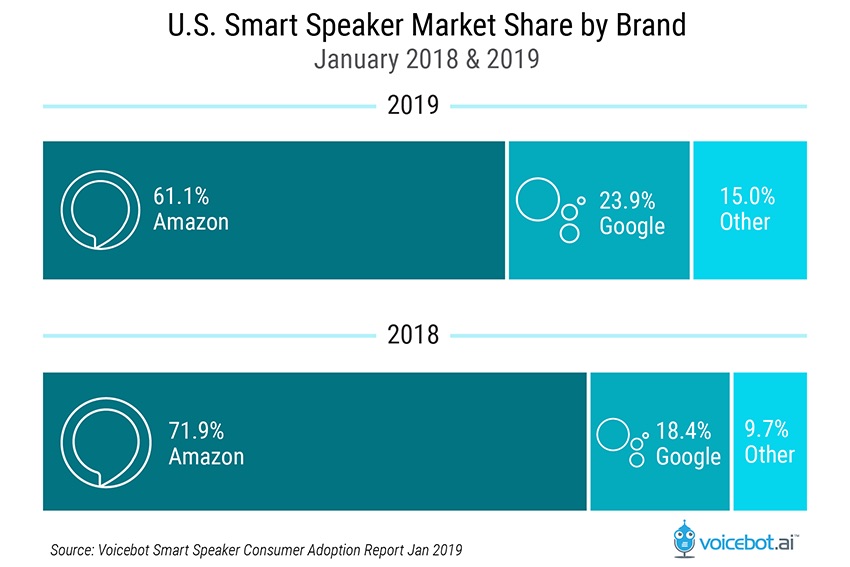 Smart Speaker Owners Increase Use of Voice Assistants on Smartphones
Smart speakers also extended their influence outside of the home in 2018. Twenty-four percent of smart speaker owners say since they acquired the devices they are using voice assistants more on their smartphones. That finding correlates with survey data showing that 39.8% of daily smartphone-based voice assistant users also own smart speakers compared to just 19.1% for those without them.

You can download the full report from the link below... 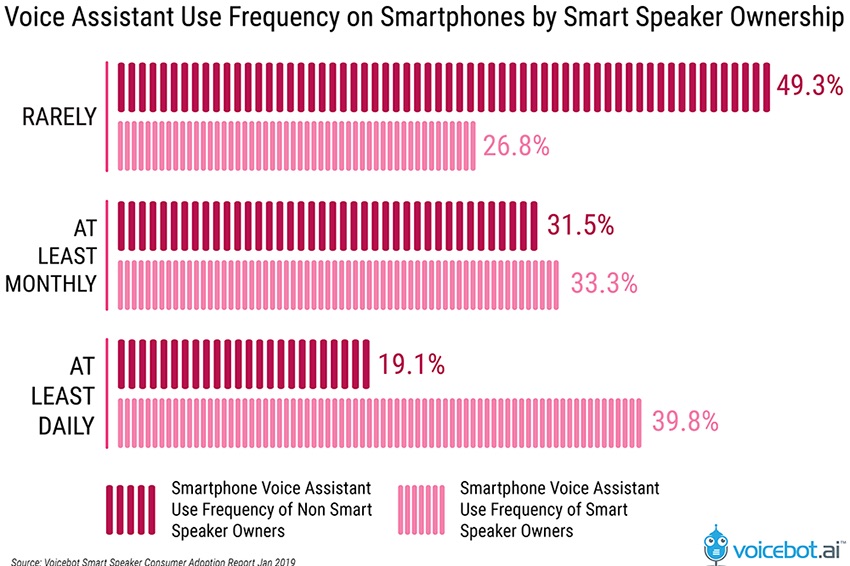