If elected in 2020, democratic Senator Elizabeth Warren plans to break up Apple and other tech companies including Google, Amazon, and Facebook.

“As these companies have grown larger and more powerful, they have used their resources and control over the way we use the Internet to squash small businesses and innovation, and substitute their own financial interests for the broader interests of the American people,” Warren wrote in a statement. “To restore the balance of power in our democracy, to promote competition, and to ensure that the next generation of technology innovation is as vibrant as the last, it’s time to break up our biggest tech companies.”

Warren confirmed her intent to break up Apple in an interview with The Verge:

You were very specific in how you’d break up Google and the rest. How would you break up Apple?
Apple, you’ve got to break it apart from their App Store. It’s got to be one or the other. Either they run the platform or they play in the store. They don’t get to do both at the same time. So it’s the same notion.

Pulling that apart, the App Store is the method by which Apple keeps the iPhone secure. It’s integrated into the platform. How would you propose that Apple and Google distribute apps if they don’t run the store?
Well, are they in competition with others who are developing the products? That’s the problem all the way through this, and it’s it’s what you have to keep looking for. If you run a platform where others come to sell, then you don’t get to sell your own items on the platform because you have two comparative advantages. One, you’ve sucked up information about every buyer and every seller before you’ve made a decision about what you’re going to to sell. And second, you have the capacity — because you run the platform — to prefer your product over anyone else’s product. It gives an enormous comparative advantage to the platform.
...
-----

You can read the full interview at the link below... 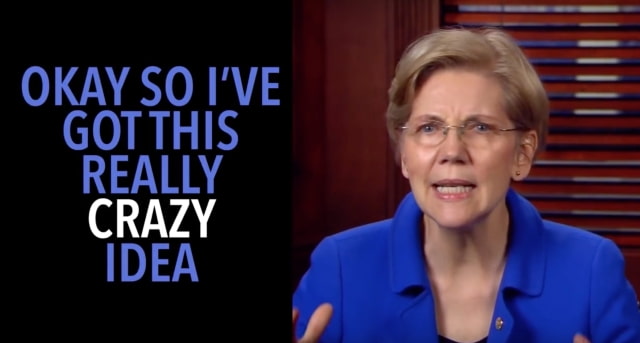 PaladinLV - March 13, 2019 at 8:47pm
You keep supporting these nutmeg LIBERALS Apple and Apple Supporters. Next step Socialism and the FED will be running your lives. But don't say we Conservatives didn't warn you!!!
Reply · Like · Mark as Spam

tez_the_great - March 11, 2019 at 8:49pm
It's not a democratic thing is simply a ideotic thing. I'm a democratic and this is absolutely stupid.
Reply · Like · Mark as Spam