Apple badly wanted to lock down the New York Times or the Washington Post for the launch of Apple News+, according to Vanity Fair.

In a new report, the site details how the Cupertino company began to court both publications last spring after acquiring the Texture magazine app.

“They put a tremendous amount of pressure on,” one source said. “Eddy Cue was in and out of their offices really trying to woo them.” Cue’s elevator pitch, according to people familiar with the discussions, was, “We’ll make you the most-read newspaper in the world.”

Apple didn't want any limitations on the content accessible through Apple News but did offer exclusivity and was flexible with the minimum commitment time.

“You’d be protected against a competitor coming in,” said the source. “If this thing was really successful and everyone else came back to the table, there was a period where you’d have exclusivity.”

Ultimately, Apple was not able to sway the Times and the Post. Both publications already have substantial subscription businesses and want to maintain a direct relationship with their subscribers, especially considering Apple's intent to keep 50% of subscription revenues.

“We’ve been pretty deliberate about saying that the best place you can experience journalism is through a relationship with a news provider,” Meredith Kopit Levien, the Times’s chief operating officer, told Vanity Fair. “So far for us, that has meant a direct relationship with users. The more we have a relationship with users, the better we think our business will be, and the better the experience that we can provide to them.” Kris Coratti, a Post spokeswoman, said, “Our focus is on growing our own subscription base, so joining Apple News+ did not make sense for us at this point. Apple has been a very good partner—we will continue collaborating with them on other ongoing projects and expect to do many things with them in the future.”

By joining Apple News, publications run the risk of losing their direct relationship with readers and cannibalizing their subscriber pool. It could also give Apple an incredible amount of a leverage over the journalism and news business. While Apple was able to sign the WSJ, it did make some concessions which may have resulted in a deal which was viewed favorably by the paper. 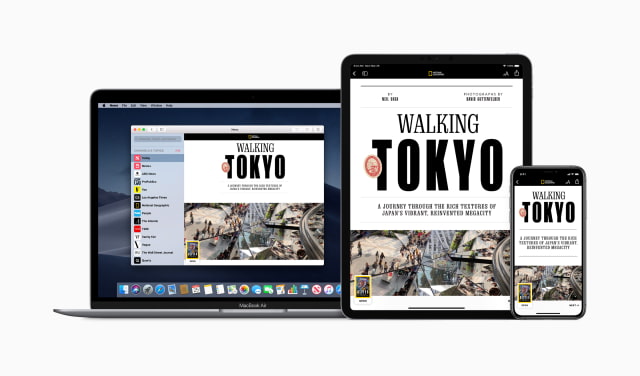 NoGoodNick - April 2, 2019 at 6:30pm
And why would they? After years of battling an overall decline in the news industry, both have finally figured out HOW to successfully fund not only their ongoing operations, but include increased investigative research, features which Apple News will NEVER offer. Most of the major news outlets joining the service are ONLY offering ‘select’ stories, rehashed from other sources. This ISN’T a way to move the News industry forward, it’s merely another way to propagate poorly staffed ‘recycled’ news outlets of questionable content and quality. But, if your ENTIRE news consumption consists of Time, People and Homes
Reply · Like · Mark as Spam

NoGoodNick - April 2, 2019 at 6:35pm
I agree, the still Free version of Apple news continues to propagate questionable news sources, while offering NO viable way of filtering the chaff from the wheat. As such, there’s NO compelling reason to shell out for yet another questionable monthly subscription.
Reply · Like · Mark as Spam
Recent