Disney has announced that its new Disney+ streaming service will launch in the U.S. on November 12, 2019 for $6.99/month. The service will offer content from Disney, Pixar, Star Wars, Marvel Studios, and National Geographic.

“Disney+ marks a bold step forward in an exciting new era for our company – one in which consumers will have a direct connection to the incredible array of creative content that is The Walt Disney Company’s hallmark. We are confident that the combination of our unrivaled storytelling, beloved brands, iconic franchises, and cutting-edge technology will make Disney+ a standout in the marketplace, and deliver significant value for consumers and shareholders alike,” said Chairman and CEO Robert A. Iger. 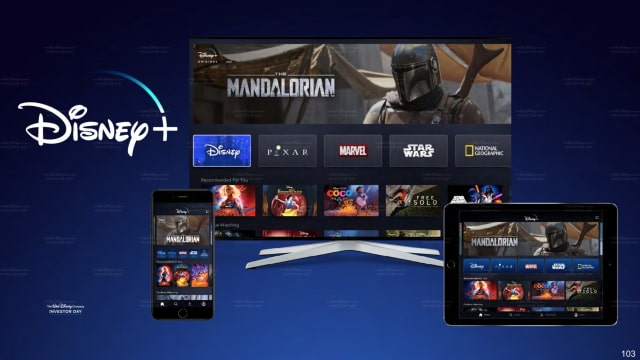 In addition to its library of theatrical and television content, Disney+ will release more than 25 original series and 10 original films, documentaries, and specials during its first year.

Marvel Studios:
● “The Falcon and The Winter Soldier” live-action series with Anthony Mackie returning as Falcon and Sebastian Stan reprising his role as Winter Soldier
● “WandaVision” live-action series with Elizabeth Olsen returning as Wanda Maximoff and Paul Bettany reprising his role as The Vision
● “Marvel’s What If…?,” the first animated series from Marvel Studios, taking inspiration from the comic books of the same name. Each episode will explore a pivotal moment from the Marvel Cinematic Universe and turn it on its head, leading the audience into uncharted territory

National Geographic:
● “The World According to Jeff Goldblum” documentary series where Jeff pulls back the curtain on a seemingly familiar object to reveal a world of astonishing connections, fascinating science, and a whole lot of big ideas
● “Magic of the Animal Kingdom” documentary series which takes viewers behind the scenes with the highly respected animal-care experts, veterinarians, and biologists at Disney’s Animal Kingdom and Epcot’s SeaBase aquarium 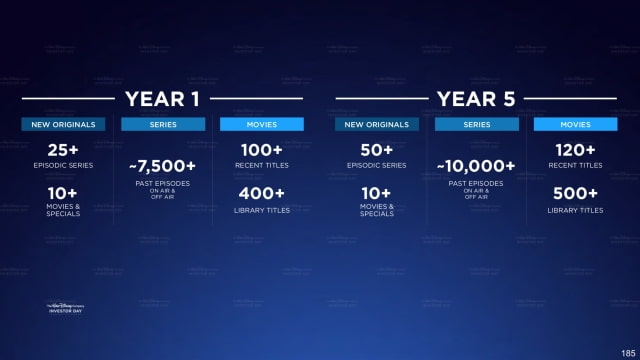 In total Disney+ will offer over 7,500 television episodes and 500 films. All 30 seasons of 'The Simpsons' will be available on day one and in the first year users will have access to family friendly titles from Fox like “The Sound of Music,” “The Princess Bride,” and “Malcolm in the Middle” .

Disney says their product experience will make it easy to navigate, discover, and watch your favorite programming. There will be dedicated pages for Disney, Pixar, Marvel, Star Wars, and National Geographic. Additionally, subscribers will have the ability to create custom profiles with each receiving personalized experiences curated to their unique tastes based on past behaviors and preferred content.

As you'd expect, Disney+ will be available on a wide range of mobile and connected TV devices, including gaming consoles, streaming media players, and smart TVs, and will adjust to the best possible high definition viewing experience based on a subscriber’s available bandwidth, with support for up to 4K HDR video playback. Fans will also have access to an 'unprecedented amount' of content for offline viewing. 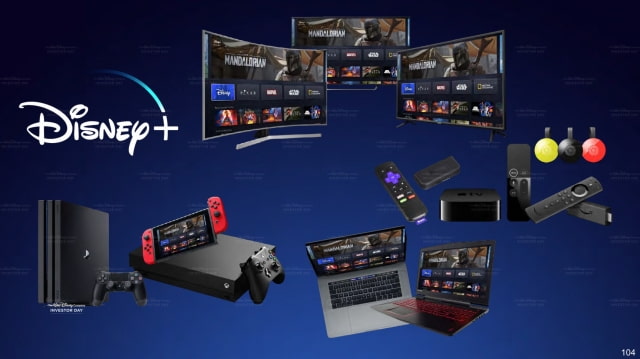 The service will expand globally following its U.S. debut with plans to be in nearly all major regions of the world within the next two years. The U.S. subscription price is $6.99/month or $69.99/year which works out to about $5.83/month.

You can signup for more details at the link below! 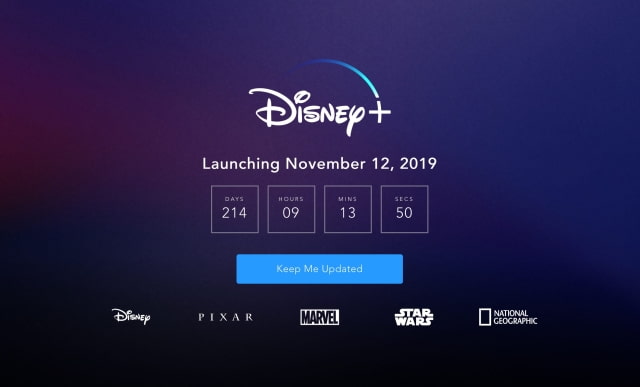 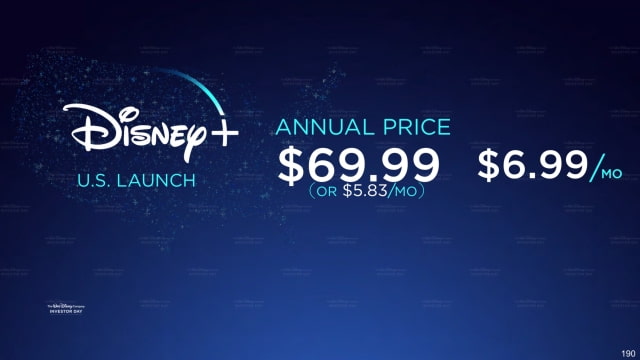 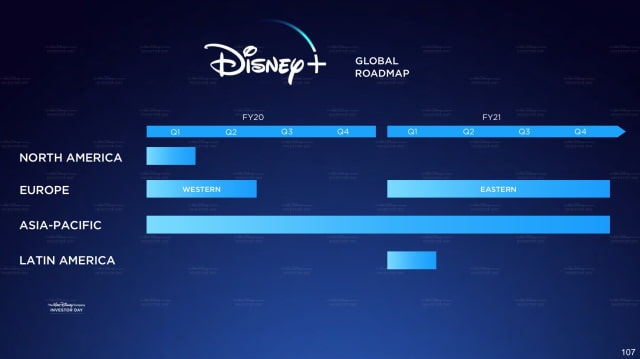