The U.S. Supreme Court has ruled against Apple allowing a major antitrust lawsuit against the company to move forward.

Four iPhone owners sued the company alleging that it has unlawfully monopolized the aftermarket for iPhone apps leading to higher prices for consumers. Apple tried to have the lawsuit dismissed, arguing that iPhone owners could not sue because they weren't direct purchasers from Apple. The District Court agreed but the Ninth Circuit reversed that decision. Apple appealed the case to the Supreme Court which has ruled the lawsuit may continue.

-----
Here, some downstream iPhone consumers have sued Apple on a monopoly theory. And it could be that some upstream app developers will also sue Apple on a monopsony theory. In this instance, the two suits would rely on fundamentally different theories of harm and would not assert dueling claims to a “common fund,” as that term was used in Illinois Brick. The consumers seek damages based on the difference between the price they paid and the competitive price. The app developers would seek lost profits that they could have earned in a competitive retail market. Illinois Brick does not bar either category of suit.

In short, the three Illinois Brick rationales do not persuade us to remake Illinois Brick and to bar direct- purchaser suits against monopolistic retailers who employ commissions rather than markups. The plaintiffs seek to hold retailers to account if the retailers engage in unlawful anticompetitive conduct that harms consumers who purchase from those retailers. That is why we have anti- trust law.

***
Ever since Congress overwhelmingly passed and President Benjamin Harrison signed the Sherman Act in 1890, “protecting consumers from monopoly prices” has been “the central concern of antitrust.” 2A Areeda & Hovenkamp ¶345, at 179. The consumers here purchased apps directly from Apple, and they allege that Apple used its monopoly power over the retail apps market to charge higher-than-competitive prices. Our decision in Illinois Brick does not bar the consumers from suing Apple for Apple’s allegedly monopolistic conduct. We affirm the judgment of the U. S. Court of Appeals for the Ninth Circuit. 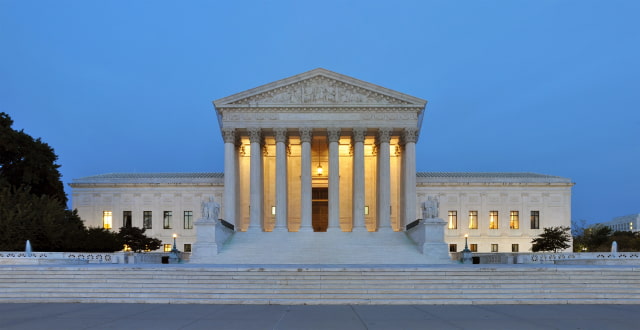