According to his profile, Filippo was lead architect of the Zeus, Neoverse N1, Hercules, Hercules-AE, Cortex-A76AE, Cortex-A76, Cortex-A72, and Cortex-A57 CPUs for ARM.

He has been working for Apple in Austin, Texas as an 'architect' since May 2019.

It's believed that the transition will begin with a smaller notebook (perhaps the 12-inch MacBook) and then move to other devices in Apple's lineup. 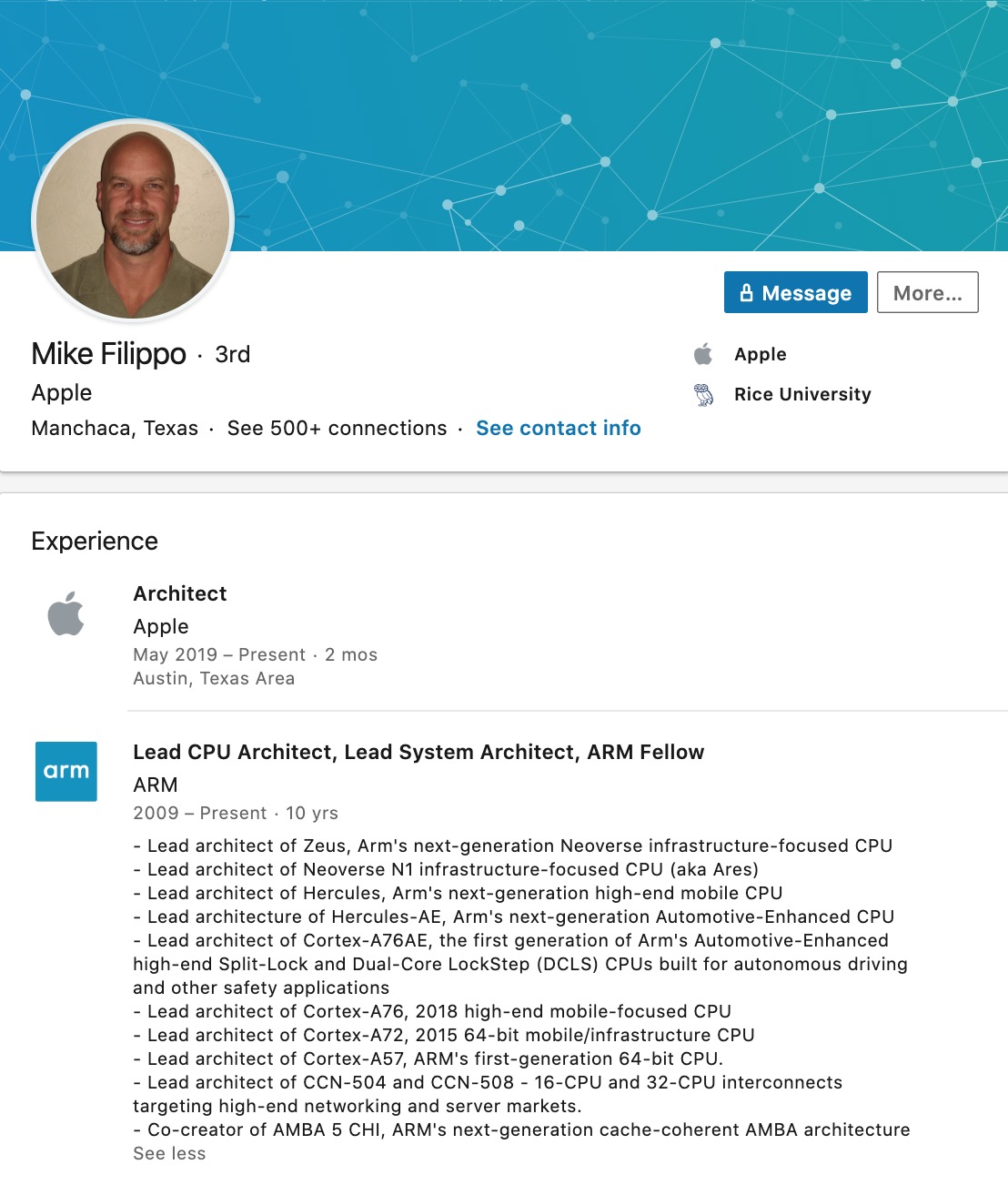