7 artists on the move. 7 cities. 7 unforgettable performances.
This summer, seven of music’s brightest rising stars will play intimate after‑hours concerts at seven marquee Apple Store locations around the world. All of the artists are alumni of Apple Music’s Up Next program; some are on the brink of massive success, while others have already achieved it. Either way, you’ll never see them perform like this again.

You can apply for tickets at the link below. 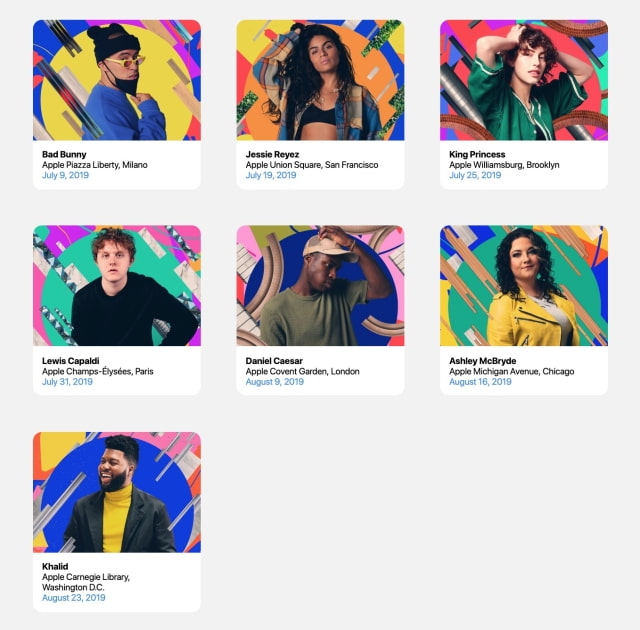