Apple is planning to fund original podcasts that would exclusive to its service, reports Bloomberg.

Executives at the company have reached out to media companies and their representatives to discuss buying exclusive rights to podcasts, according to the people, who asked not to be identified because the conversations are preliminary. Apple has yet to outline a clear strategy, but has said it plans to pursue the kind of deals it didn’t make before.

Monthly podcast listenership has more than doubled since 2014 and Apple's Podcast app accounts for between 50-70% of listening.

“You are nowhere in podcasting if you don’t have shows listed in Apple podcasts,” said Lex Friedman, the chief revenue officer of Art19, which provides services to podcast producers such as Wondery Media and Tribune. "It would surprise me if Apple didn’t do anything with exclusives,” said Friedman, given the recent activity by its competition.

Shares of Spotify dropped as much as 2.7% on the news. 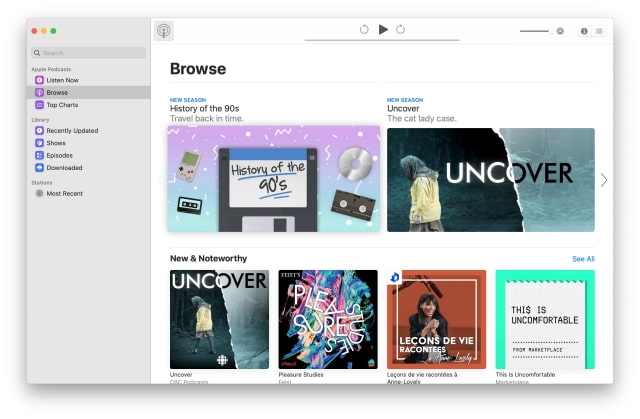