The Apple Watch accounted for 46% of global smartwatch shipments in the second quarter of 2019, reports Strategy Analytics.

Highlights:
1. APPLE shipped 5.7 million smartwatches worldwide in Q2 2019, rising an above-average 50 percent from 3.8 million in Q2 2018. Apple Watch remains a long way ahead of the chasing pack and its global smartwatch marketshare has grown to 46 percent this quarter, up from 44 percent a year ago. Apple Watch has fended off strong competition from hungry rivals like Fitbit. Apple remains the clear smartwatch market leader.

2. SAMSUNG shipped 2.0 million smartwatches worldwide in Q2 2019, more than doubling from 0.9 million a year ago. Samsung’s global smartwatch marketshare has jumped from 11 percent to 16 percent during the past year. Samsung is now established as the world’s number two smartwatch vendor. Recent new models, such as Galaxy Watch Active 2, should enable Samsung to solidify its global smartwatch presence for the rest of this year.

3. FITBIT shipped 1.2 million smartwatches worldwide in Q2 2019, dipping from 1.3 million in Q2 2018. Fitbit captured 10 percent global smartwatch marketshare this quarter, slumping from 15 percent a year ago. Fitbit has struggled to compete with Apple Watch at the higher end of the smartwatch market, while its new Versa Lite model has struggled to take-off at the lower end. Fitbit will have to move fast to execute a recovery, because Samsung, Garmin, Fossil and other competitors are keen to grab a slice of its valuable health and fitness customers. 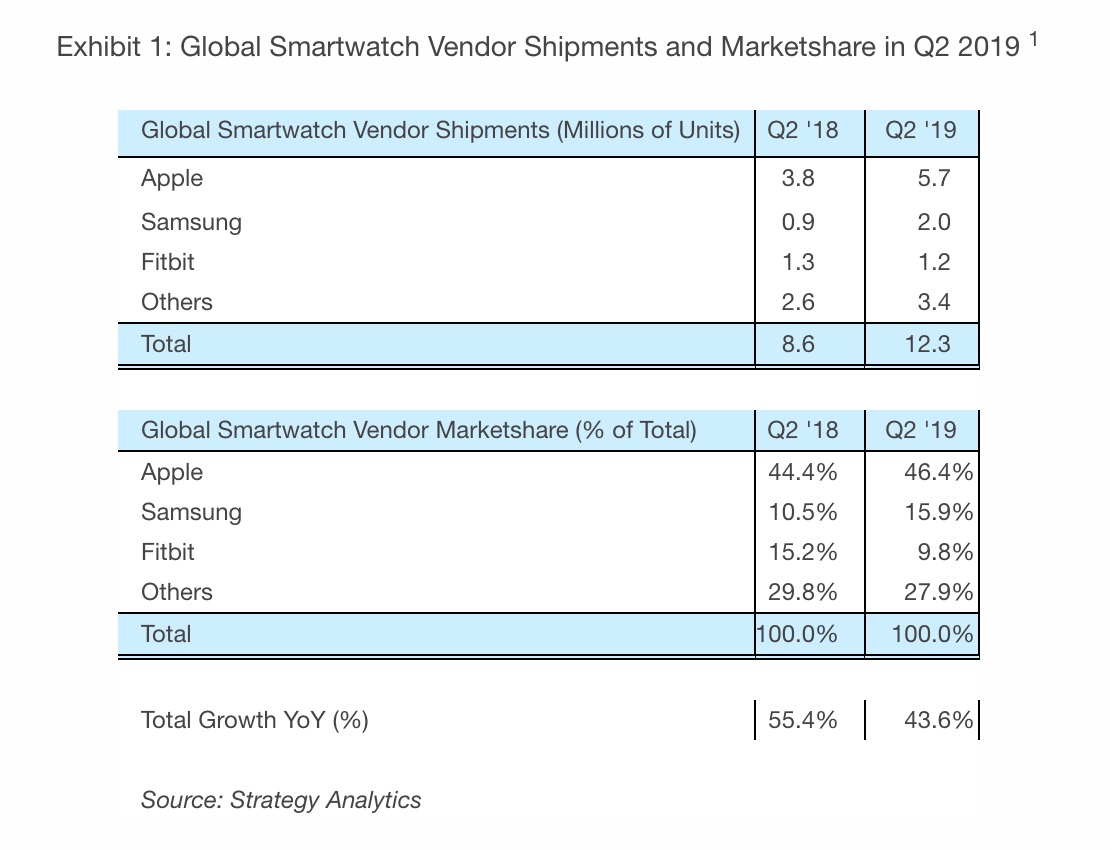