Apple has announced the launch of a new 'Shazam Discovery Top 50' chart that is updated weekly with up-and-coming songs from breaking artists.

The company tells Variety that it uses "Shazam’s proprietary algorithms [to offer] a unique predictive view on rising artists and reacting tracks to Apple Music subscribers."

Apple will update the chart every Tuesday. Topping the first chart are artists Ohana Bam, A$ton Wyld, Tones and I and Regard.

"The ranked songs are all at different points in their individual lifecycle and the majority of artists represented are emerging and up-and-coming. All are experiencing a level of momentum indicative of future potential of hitting the top of Shazam’s Charts, and show any or all of the following patterns: moving quickly through Shazam’s charts, growing rapidly, steadily and/or geographically." 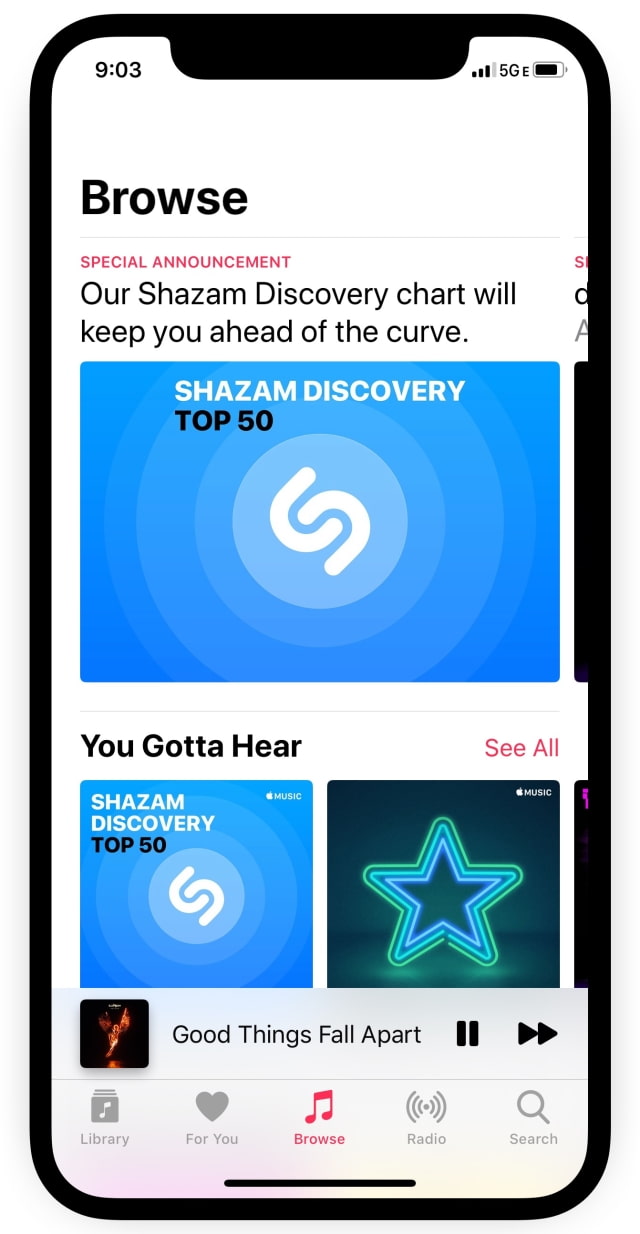 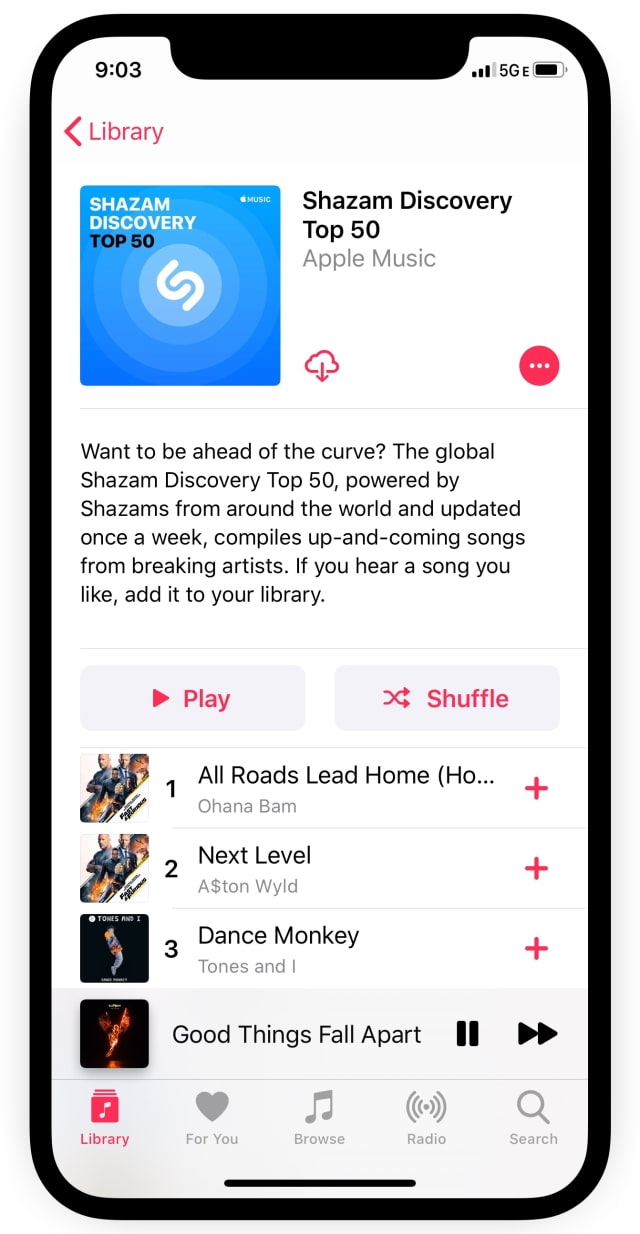