Apple has announced the launch of Oprah's Book Club on Apple Books.

Oprah’s Book Club will connect a community of readers worldwide to stories that truly matter by today’s most thought-provoking authors. Winfrey, the esteemed producer, actress, talk show host, philanthropist and CEO of OWN, will partner with Apple to build a vibrant, global book club that has the power to both transport and transform people — turning every book into an opportunity for self-discovery, and bringing the world together through reading. Winfrey’s first book selection is “The Water Dancer” by Ta-Nehisi Coates, available for pre-order now on Apple Books in both ebook and audiobook formats, and debuting tomorrow. Winfrey will interview Coates for the first installment of her new exclusive Apple TV+ series, “Oprah’s Book Club,” premiering November 1. A new episode will be available every two months.

Winfrey will interview the authors of her book club selections at various locations. Her conversation with Coates about “The Water Dancer” will be filmed in front of a live audience at Apple Carnegie Library in Washington, D.C. next month.

“Few people in the world can bring us together like Oprah, whose compassion and grace celebrating the power of books are unmatched,” said Tim Cook, Apple’s CEO. “It’s our honor to provide a new platform for Oprah’s Book Club and support the American Library Association in opening hearts and minds to the joy of reading.”

“I am who I am today because of the experience of learning to read at an early age. Reading opened up a whole world for me beyond the red dirt road and my grandmother’s porch in Mississippi,” said Oprah Winfrey. “I want to do that for everybody. And the opportunity to do this with Apple, to speak to people all over the world about the pleasures, the excitement, the tension, the drama that a good book can bring you … I don’t know what’s better than that.”

For every Oprah’s Book Club selection sold on Apple Books, Apple says it will make a contribution to the American Library Association to support local libraries, fund programs that give access to everyone and create lifelong readers at an early age. 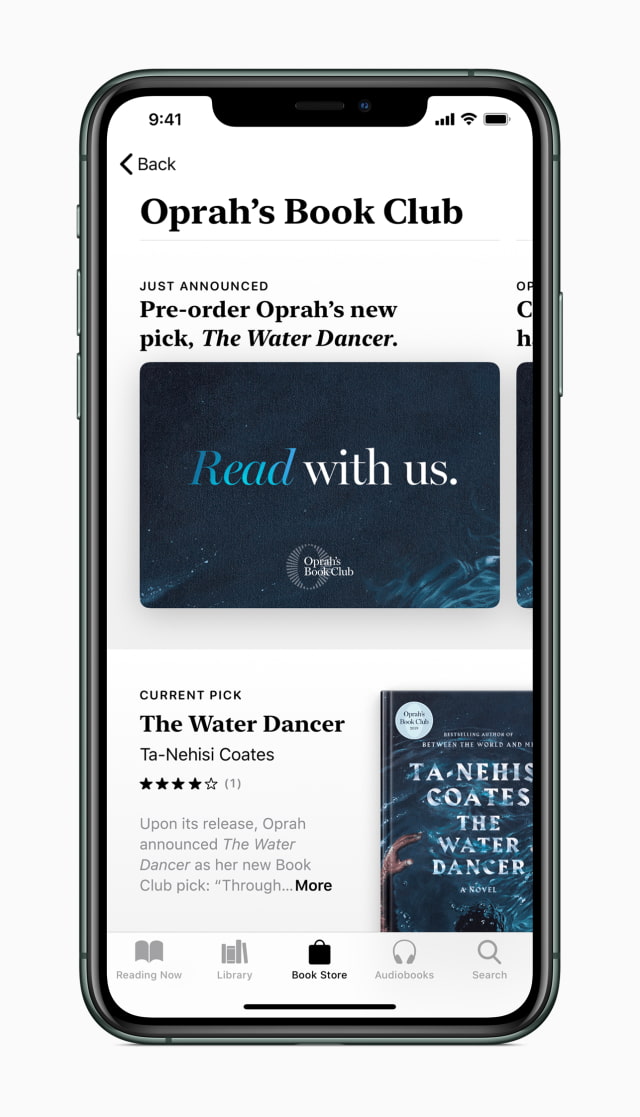 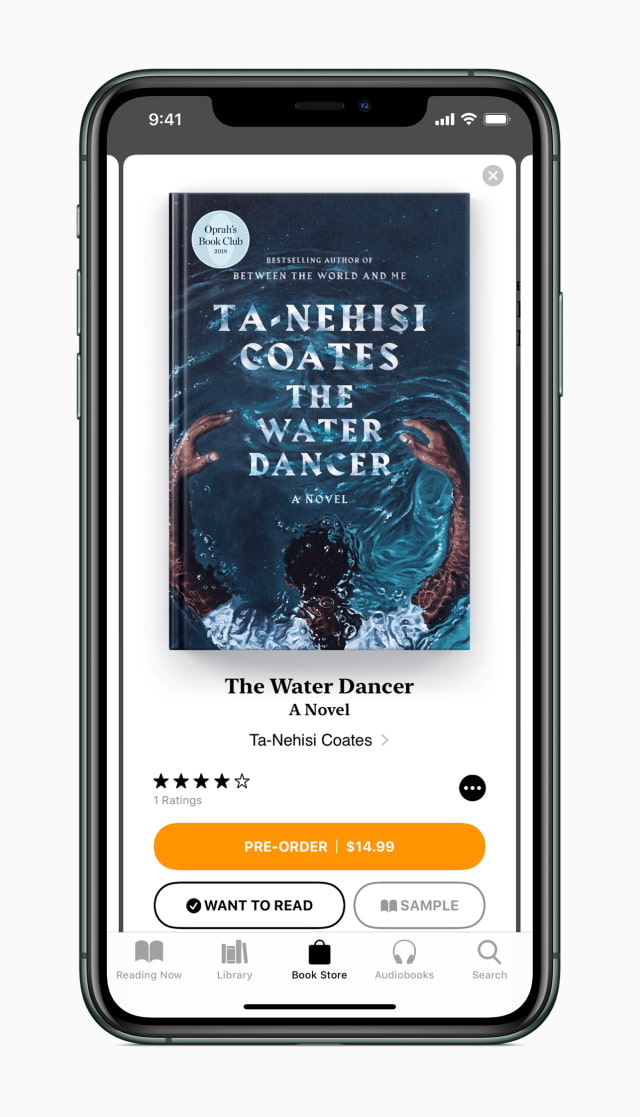 alinboy - September 23, 2019 at 3:39pm
Repent repent people turn to God, stop from sins follow Jesus Christ believe in him he can forgive you from sins.. You need it to be born again. Jesus Christ is coming back soon. John 14: 6 Jesus said to him, “I am the Way, the Truth, and the Life. No one comes to the Father except through Me.
Reply · Like · Mark as Spam

the voice of reason - September 24, 2019 at 1:20am
Mi tostadora es brillante. Me gustan los calcetines suaves.
Reply · Like · Mark as Spam