Amazon has announced that the Apple TV app is now available on its Fire TV streaming sticks.

Starting today, Fire TV Stick (2nd Gen) and Fire TV Stick 4K customers all around the world can download and begin using the all-new Apple TV app. Inside the Apple TV app, you’ll have access to your entire iTunes library, including all of TV shows and movies that you’ve already purchased or rented from Apple, and soon Apple TV+ (more on that below). As soon as I logged into my iCloud account, Elf and Hocus Pocus popped into my library — praise to the streaming gods!

To buy or rent something, you can simply do so on your iPhone, iPad, iPod touch, Mac, PC, and it will instantly appear within the Apple TV app on Fire TV. If you plan on subscribing to the new Apple TV+ streaming service launching on November 1st, it will be accessible via Fire TV sticks as well. 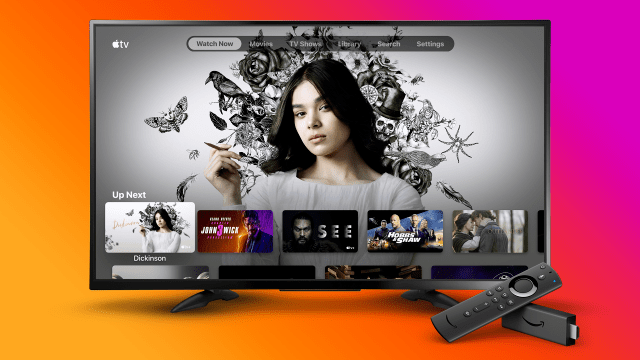