Apple has registered a new iPad model with the EEC indicating that an update is coming soon.

The iPad is simply described as "Tablet computer of the Apple brand A2229 (iPadOS 13 software version)".

There had been rumors that Apple was planning to update the iPad Pro with a triple-lens camera at an event on March 31st. Unfortunately, that event has been cancelled due to the coronavirus. Additionally, supply issues may have affected the company's launch schedule so we are not sure when Apple plans to debut its spring updates.

Apple did announce new Powerbeats wireless earphones this morning so it's possible that the company still plans to unveil more new devices this month or next. An updated MacBook Air has also been rumored for this week. 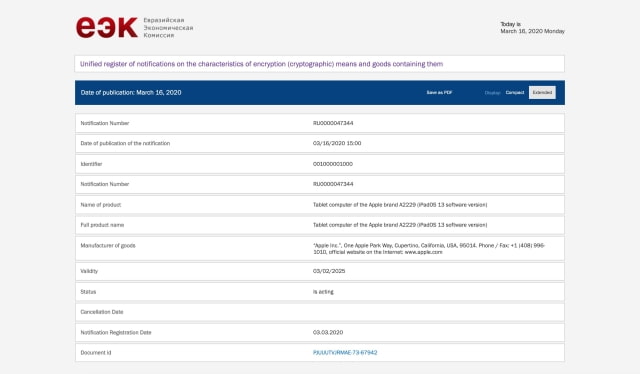