Apple may be planning to announce a new MacBook Air as early as next week, reports MacRumors.

Now, the same anonymous tipster has informed MacRumors that Apple plans to announce new MacBook Air models next week. We have yet to confirm this information, but given the tipster now has an established track record, we have elected to share this rumor. The tipster did not provide any further details at this time.

Notably, well respected analyst Ming-Chi Kuo has also predicted a new MacBook Air and MacBook Pro for the second quarter of 2020. It's believed that Apple will move back to a scissor switch keyboard, introduce faster processors, and perhaps move to a larger 14.1-inch display for the MacBook Pro.

There were numerous other products, including a new iPhone SE, rumored for unveiling at a March press event. This event has been cancelled and we now expect Apple to unveil the devices via press release; however, the timeline for release could be delayed due to production issues caused by the coronavirus outbreak.

There is only one model of MacBook Air still in stock on Amazon.com, that is the Silver model with 256GB of storage. It's on sale for $199 off. All other color/storage combinations are sold out. 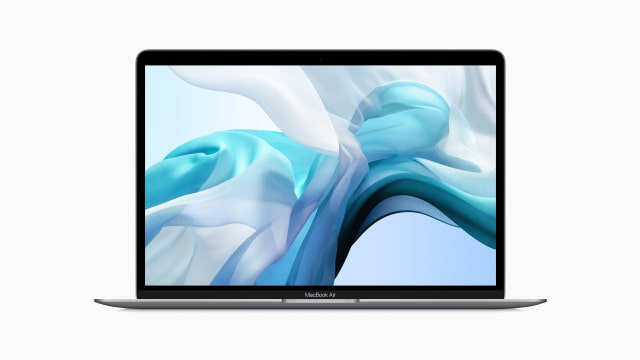