Porsche has unveiled two new infotainment systems with high-resolution touchscreen displays and Apple CarPlay for classic vehicles dating back to the 1960s.

There are two versions of the new PCCM (Porsche Classic Communication Management) system. The 1-DIN version fits exactly in the 1-DIN slot which was standard in sports cars for many decades. The PCCM is operated via two rotary knobs, six integrated buttons and a touch-sensitive 3.5-inch display. Like the predecessor model, it includes a navigation function with “Point of Interest” search in an enhanced version. Route guidance optionally takes place as a simple arrow representation in a 2D or 3D view. The corresponding map material is provided on a separate SD card, which can also be ordered in the Porsche Classic online shop or through a Porsche centre.

The PCCM can now also receive digital radio stations with DAB+. A further highlight for this device class is integration of Apple CarPlay. For the first time, all users of an Apple iPhone as from version 5 can now also use their iPhone apps for media playback, navigation and telephony while driving. Media playback is also possible via an SD card, USB, AUX and Bluetooth. The PCCM blends harmoniously into the dashboard of Porsche classic cars thanks to the black surface finish and the shape of the knobs. It features the Porsche logo and is suitable for the sports car generations between the first 911 models of the 1960s and the last 911 with air cooling from the start of the 1990s (993 model series). Use in earlier front- and mid-engine models is also possible. 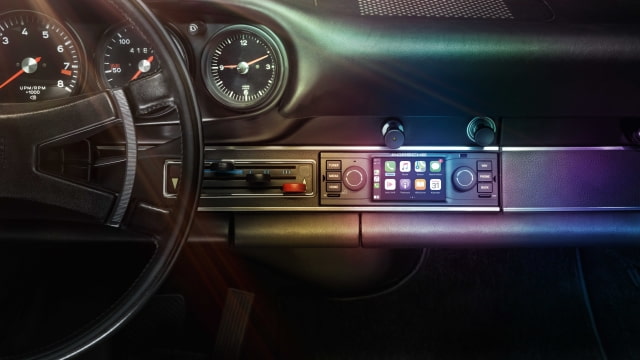 PCCM Plus: modern successor of the first-generation PCM
911 models of the 996 generation and Boxster models of the 986 generation which were built in the 1990s could already be optionally equipped with a Porsche Communication Management (PCM) system in 2-DIN format. For these sports cars, Porsche Classic has developed the Porsche Classic Communication Management Plus (PCCM Plus) system, which features a high-resolution 7-inch touchscreen with optimised display. The haptic and visual design of the PCCM Plus is based on the adjacent components such as air vents or pushbutton switches. The PCCM Plus can thus be integrated seamlessly into the ambience of the classic sports cars. The peripheral components already installed in the vehicle such as amplifier, loudspeakers or antenna can still be used. The navigation displays in the instrument cluster are also still supported. 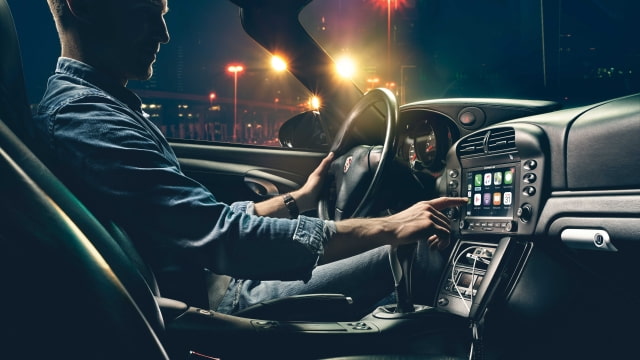 Operation via the touchscreen and buttons takes place largely in accordance with the intuitive high standard usual in Porsche vehicles today. This means that the latest onboard navigation system with Porsche-specific Points of Interest (POI) is also available to the driver. Route guidance takes place in a 2D or 3D view. Map data and later updates can be used via a separate SD card and ordered from the Porsche Centre in the same way as for the PCCM. Media playback is possible via SD card, USB stick, AUX and Bluetooth. Like the PCCM, the PCCM Plus also offers an interface to Apple CarPlay. In addition, the new 2-DIN unit is also compatible with GOOGLE Android Auto. 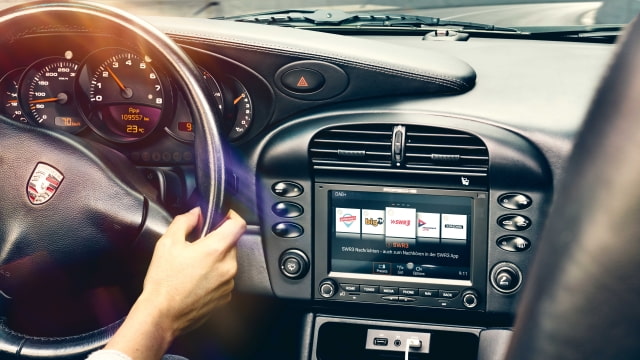