President Trump has signed executive orders banning transactions with TikTok and WeChat as of September 20, 2020.

The United States isn't the first country to ban TikTok. India banned the app back in June.

The order details some of the concerns surrounding the TikTok:

TikTok, a video-sharing mobile application owned by the Chinese company ByteDance Ltd., has reportedly been downloaded over 175 million times in the United States and over one billion times globally. TikTok automatically captures vast swaths of information from its users, including Internet and other network activity information such as location data and browsing and search histories. This data collection threatens to allow the Chinese Communist Party access to Americans’ personal and proprietary information — potentially allowing China to track the locations of Federal employees and contractors, build dossiers of personal information for blackmail, and conduct corporate espionage.

Regarding WeChat, the executive order says:

WeChat, a messaging, social media, and electronic payment application owned by the Chinese company Tencent Holdings Ltd., reportedly has over one billion users worldwide, including users in the United States. Like TikTok, WeChat automatically captures vast swaths of information from its users. This data collection threatens to allow the Chinese Communist Party access to Americans’ personal and proprietary information. In addition, the application captures the personal and proprietary information of Chinese nationals visiting the United States, thereby allowing the Chinese Communist Party a mechanism for keeping tabs on Chinese citizens who may be enjoying the benefits of a free society for the first time in their lives. For example, in March 2019, a researcher reportedly discovered a Chinese database containing billions of WeChat messages sent from users in not only China but also the United States, Taiwan, South Korea, and Australia. WeChat, like TikTok, also reportedly censors content that the Chinese Communist Party deems politically sensitive and may also be used for disinformation campaigns that benefit the Chinese Communist Party. These risks have led other countries, including Australia and India, to begin restricting or banning the use of WeChat. The United States must take aggressive action against the owner of WeChat to protect our national security.

Notably, Microsoft has confirmed that it's in discussions to acquire the TikTok service in the United States, Canada, Australia, and New Zealand. The company says discussions will be completed no later than September 15, 2020. 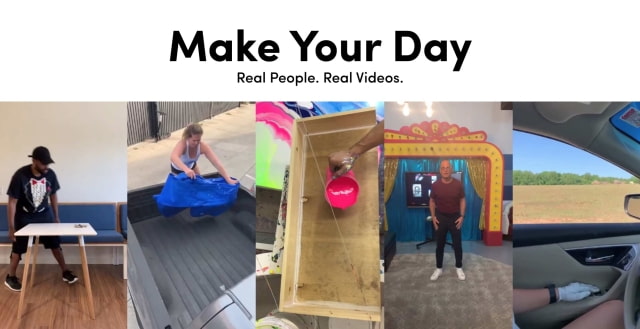 McApple1 - August 8, 2020 at 3:51am
I entertained people with just a 10 second video and many of them make fascinating content I enjoyed. This orange dictator will silence people for telling the truth, but only this time will be restrict people from fooling him when it came to faking the admissions for his Tulsa rally in Oklahoma making him expect tens of thousands of supporters to show up. The look in his face after it was priceless! 😂🤣
Reply · Like · Mark as Spam