Apple's new 16-inch MacBook Pro with a ninth-generation 8-core Intel Core i9 processor and 1TB of storage is on sale for $400 off today. That drops its price from $2799 to $2399, the lowest ever price on Amazon.com.

The new MacBook Pro features a 16-inch Retina Display, 8-core processors, up to 64GB of RAM, next-generation graphics with up to 8GB of VRAM and a new advanced thermal design. There's also a new Magic Keyboard with a redesigned scissor mechanism and 1mm travel for a more satisfying key feel; as well as, a six-speaker sound system, longer battery life, Touch Bar, Touch ID, the Force Touch trackpad and the Apple T2 Security Chip.

Grab the deal while you can at the link below... 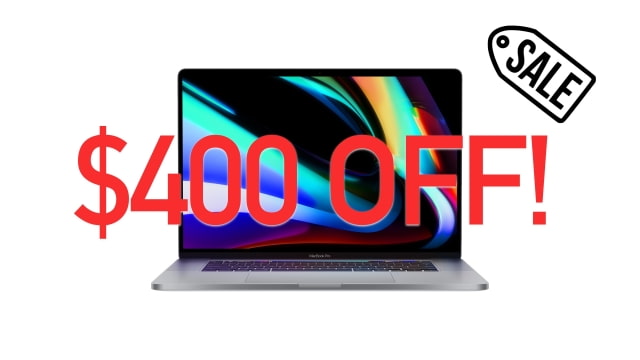