Apple's award winning series 'The Morning Show' is set to resume production of season two on October 19th, according to a Deadline report.

Notably, the site says that Steve Carell is set to return for another season.

Led by Jennifer Aniston and Reese Witherspoon, The Morning Show‘s Season 1 series regular cast is coming back (sans Gugu Mbatha-Raw for reasons related to her character’s storyline). That includes Steve Carell who originally had signed a one-year deal. While his return had not been confirmed, The Morning Show producers had made it clear that they wanted him back and had indicated that they were pursuing a new deal with the actor.

Production was shut down while filming the first two episodes due to the COVID-19 outbreak. Now, it appears that the season will be rewritten to address the pandemic.

“I know that they’re also rewriting, which is crazy because that’s what happened in the first season,” Duplass told Deadline in August. "They had a whole set of scripts [then] and they rewrote everything to include the #MeToo movement, and now we’ve got other, larger, global phenomenon to deal with. I don’t know what they’re doing but I know they’re rewriting.” 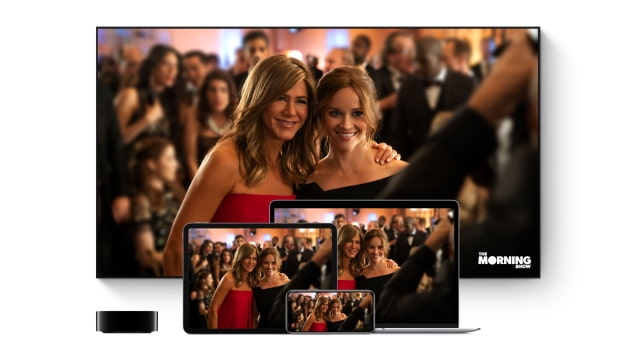