Apple has officially announced a special event for October 13th at which the company will likely unveil its new iPhone 12 smartphones.

The digital only event is set to take place at Apple Park on October 13, 2020 at 10 a.m. PDT. Apple's press invite reads, "Hi, Speed. Please join us for a special Apple Event from Apple Park. Watch it online at apple.com."

One tentpole feature of the iPhone 12 will be 5G support. It's rumored that all four models will support Sub-6GHz 5G service but just the iPhone 12 Pro Max will get millimeter-wave 5G and only in three countries. The new iPhones are also expected to feature an iPad Pro like design with flat edges, a faster A14 processor, camera improvements including LiDAR, and more. It's possible that that Apple will not include a power adapter or EarPods in the box. The new iPhone is still expected to use a Lightning port but will apparently come with a new braided Lightning to USB-C cable.

Other new products that Apple could unveil at the event include the rumored AirPods Studio headphones, AirTag Bluetooth trackers, a smaller HomePod, and hopefully the first Mac with custom Apple Silicon. 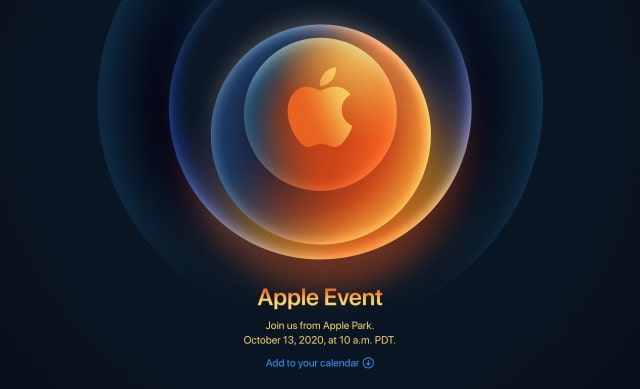 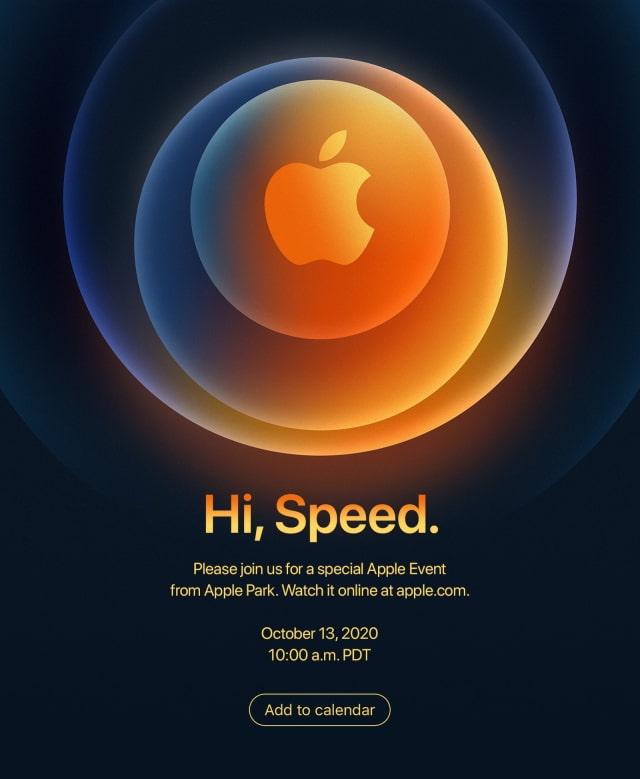 WiseGuy - October 8, 2020 at 4:11am
No charger and no headphones, wonder if they knock off $200-$300 off. Or will they say some BS like they added pricier parts on the iPhone to make up for the missing parts which is the reason why we won’t lower the price. 🤦🏻‍♂️
Reply · Like · Mark as Spam

slybacon08 - October 6, 2020 at 5:18pm
High-Speed! 4 rings for 4 phones. The rings look like 5G propagation from a tower, maybe supporting the rumor that some phones will support low-, mid-, and high-band 5G, and others won’t.
Reply · Like · Mark as Spam
Recent