Apple is purportedly delaying the launch of its AirTag tracker until March 2021. Leaker Jon Prosser predicted the delay on Twitter today.

So, about AirTags. This one hurts my heart... I’m being told that Apple has pushed back the announcement and launch of AirTags to March of 2021.

Apple's AirTag will make use of Ultra-Wideband (UWB) for precise location tracking. iPhone 11 devices are already equipped with UWB and Apple is likely to include support for UWB in many of its next generation devices. Users will be able to use AirTags to track and find lost items, similar to how the Tile trackers work.

Last month, Prosser commissioned some 3D renders based footage leaked to him. The renders depict a white disc with no markings on the front and a metal plate on the back that is etched with the Apple logo. The tracker is said to be slightly larger than a bottle cap. 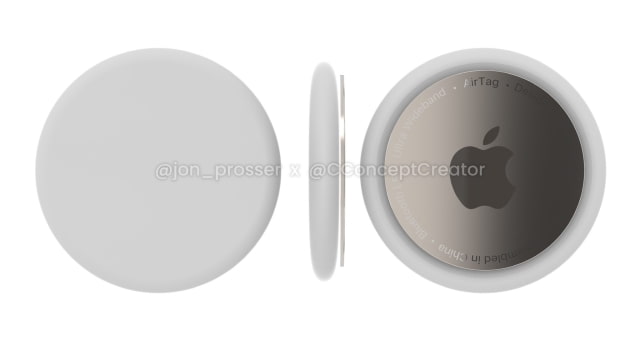